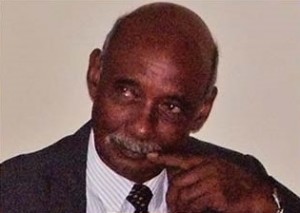 Former Public Works Minister, Jules “Dickie” Kranenburg has died and would be cremated later this month.

Family members described him as a “stalwart and much loved member of the Guyanese society who will be remembered by many for his unselfish ability to go the extra mile regardless of whether you were a prince or a pauper.

The People’s National Congress Reform noted with profound regret Kranenburg’s passing and  hailed him for his “outstanding career” in the Maritime Division of the Transport and Harbours Department where he achieved the position of Chief Pilot before being seconded to the Bauxite Industry Development Company (BIDCO) and head of its Shipping Department.

In October 1986, he was identified by President Hugh Desmond Hoyte to become one of his Technocrat Ministers and as a consequence served as a Member of the National Assembly of the Parliament of Guyana.

The PNCR said Kranenburg served with distinction as Minister of Public Works until 1992 when the PNC government demitted office following the General Elections of that year.

The PNCR expressed heartfelt condolences to his wife, Megan; daughter, Karen; and all other sorrowing relatives and friends.