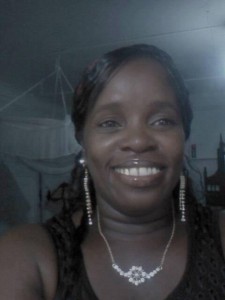 Forty-year-old Nerissa Spencer of Buxton East Coast Demerara was struck down on Lamaha Street on Thursday evening while making her way to teach an aerobics class.

Reports indicate that just after 19:00 hrs, a car being driven by a teenager was proceeding along Lamaha Street when the driver apparently lost control of the vehicle.

In the ensuing chaos, Spencer was struck down.

Demerara Waves understands that the vehicle collided with two cars before stopping  some distance away.

While Spencer was pronounced dead on arrival at the Georgetown Public Hospital, the driver was pulled from the wreck in an unconscious state.

The young man is currently being treated at the same hospital.

Investigators suspect that the wet road may have been a decisive factor in the accident.

Motorists are being urged to use the roadways with greater care.