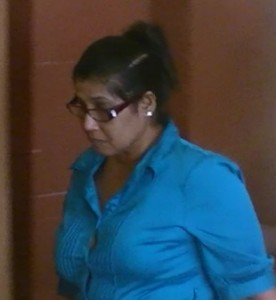 A woman was Tuesday charged with exciting hostility and ill to President David Granger under Guyana’s Racial Hostility Act by communicating certain messages via Facebook and WhatsApp.

Bibi Safora Salim was granted GYD$200,000 bail by Chief Magistrate Ann Mc Lennan and ordered to return to court on May 11, 2016 for the commencement of the trial.

The divorced mother of three, who resides at Lot 19 Bud Sreet Vergenogen, East Bank Essequibo pleaded not guilty to attempting to excite hostility and ill will towards the Guyanese leader on Facebook between March 1 and 31, 2016.

Police also said that  between March 1 and 31 via Watsapp, she attempted to excite hostility and ill will to Granger by making a derogatory remark by sending to her son Mohamed Salim by cellular phone a picture with racial comments.

The prosecution intends to lead 14 witnesses.