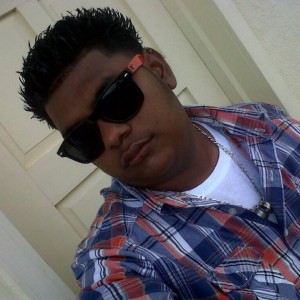 Police are on the hunt for a man who shot and killed a 26-year-old businessman on Tuesday at Robb and Alexander Streets Bourda.

Demerara Wave understand that 26-year-old Mahendra Persaud of Wakenaam had travelled to the City to buy goods for his family’s business when the incident occurred.

Persaud reportedly came out of a car and was immediately accosted by a the lone gunman who demanded that he hand over his valuables.

He refused and was reportedly shot once to his chest.

After eyewitnesses raised an alarm the gunman ran up the street shooting in an indiscriminate manner.

One eyewitness told Demerara Waves that she was in a car when she heard the gunshot and saw the ensuing commotion.

“After he shooting and everybody out there a next man was shooting back at he,” she stated.

The woman confirmed that after Persaud was shot, a car had driven over him. The men in the car were attempting to apprehend the bandit when they ran over Persaud’s body.

“He was panting for breath when the car come off of him…the bandit..hey allowed him to run away after the car deh pon the man,” the woman who declined to give her name stated.

It is suspected that the businessman may have been traced since the bandit pounced immediately after the man exited the vehicle.

Previous: Body of missing woman found in canal
Next: Woman rescued after jumping from Harbour Bridge