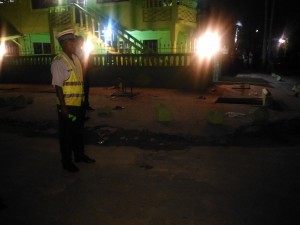 The scene of the gunning down of Walton “Tuffy” Taylor at the corner of Adelaide and Sussex Streets, Charlestown.

In what appears to have been a revenge killing, a man was shot dead in Charlestown, Georgetown late Friday night.

The dead man has been identified as  Walton “Tuffy” Taylor.  He was shot while seated in a chair at the corner of Adelaide and Sussex Streets, Charlestown.

Residents in the area said two men rode up on a CG motorcycle and at least 11 shots were discharged.

Taylor was the father of three children, two of whom are currently inmates at the Camp Street Prison.

Guyana Police Force investigators believe that Taylor’s killing was a reprisal for the killing of a Guyana Defence Force Coast Guardsman three days ago.

Three nights ago on Tuesday March 29, 2016, Guyana Defence Force Lance Corporal Kevon Payne, of Sussex Street, Charlestown was shot dead while he and several other men were standing on the roadway at Lyng and Sussex Streets, Charlestown.

Police said two men armed with firearms drove up on a motor cycle and discharged rounds in their direction. Shakel Williams was hit to his right foot and 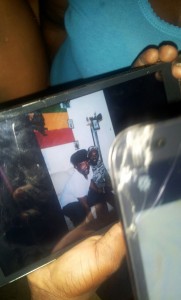 Payne was pronounced dead on arrival at the Georgetown Public Hospital Corporation.

Police have said ranks of a police mobile patrol that was in the vicinity responded to the sound of gunshots and confronted the two suspects who managed to escape after an exchange of gunfire with the ranks.

At the scene, family members were uncontrollable as they wept over the man’s death. Relatives also named one person that may be connected to the killing as Oscar Payne.

According to one eyewitness, he had just gone to the corner to buy coils and noticed the suspected gunmen with their motorbikes. He said that while the men had stopped the bikes, the engines were still running and he heard one of them say “boys gon dead.” 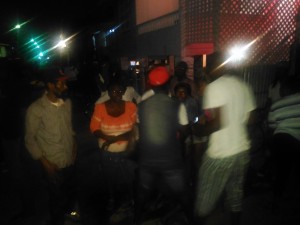 Outside Walton “Tuffy” Taylor’s home which is located a stone’s throw from where he was gunned down.

“I just been and buy two double coil up so and I coming back and I see two CG idling in front a yard idling up so…you know what was them words…that how Tuffy and he gang – people gon dead,” the man told reporters.

The man clearly passionate man also stated that the men started fire shots in the direction of the streets after they realized that persons had seen them shooting Taylor.

“First thing they come bare face, and when they ride off the hoodie fly off and people still seeing them face and them start firing shots,” the eyewitness related.