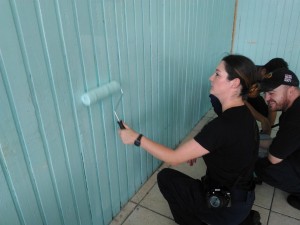 Members of the British Royal Navy that recently arrived on the HMS Mersey docked in Ruimveldt, have taken up some humanitarian work and placed smiles on the faces of the residents of Joshua House in Georgetown.

Over the past few days several members of the crew have been painting the inside of the home giving it new life.

The walls which were once filled with graffiti, some innocent, some lewd, are now speck and span in light green.

Some looked on with keen expressions of interest as the paint was dabbed on the walls of their dormitories.

For one of the sailors, it was a learning process but his colleagues were there every step of the way ensuring he got the dab and strokes correctly.’ 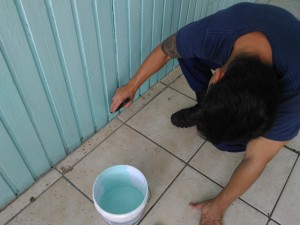 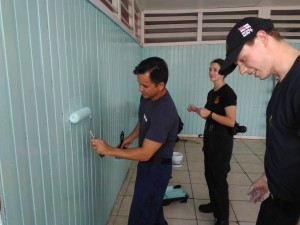 The ship, HMS Mersey left the United Kingdom in January and will continue its journey with stops planned at several Caribbean Islands before making its way back to the UK in July.

2016-04-01
Writer
Previous: Oscar Clarke says he would have resigned if accused of child molestation; all up to Winston Harding
Next: Harmon hides behind GINA on BK Tiwari issue