Chase-Greene tipped to be Mayor, Duncan to be deputy Mayor 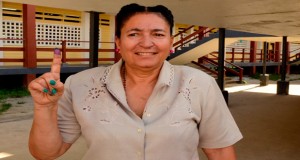 With ongoing talks between the APNU and AFC over the allocation of seats at the Georgetown City Council, two names have been presented from both sides to fill the top spots at the municipality.

APNU’s Patricia Chase Green, former Deputy Mayor has been tipped to occupy the post at the top beating out Oscar Clarke a former councilor and People’s National Congress General Secretary.

AFC’s Sherod Duncan, who has Mayoral ambitions, has been named as the person who will be named Deputy Mayor when the council meets on Friday.

On Friday, the 30-member council will be officially sworn in where they will elect the Mayor and Deputy Mayor from amongst themselves.

A person would have to be nominated by a Councilor and that nomination seconded by another for any person to be considered for the post.

After the nomination, the council then votes and the Councilor with the clear majority will be elected to the post.

With the APNU+AFC coalition, already commanding 25 of the 30 seats, it is evident that the Mayor and Deputy Mayor will be chosen from the lot.

A source within the hierarchy of the AFC confirmed that Duncan will be elected as Deputy Mayor leaving the Mayoral post to Chase-Greene. 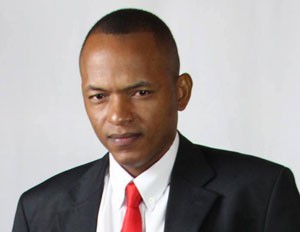 Both Green and Duncan managed landslide victories in their constituencies in the recently concluded local government polls, beating out competitors by hundreds of votes.

In other municipalities such as New Amsterdam it has been decided that the Mayor will be an AFC politician while and APNU member will take up the post of Deputy Mayor.

In Bartica, and APNU Candidate will hold the Mayoral post and an AFC Councilor is to be named Deputy Mayor.

When contacted, AFC Leader Khemraj Ramjattan directed all questions on the issue to Prime Minister Moses Nagamootoo. He said that the Prime Minister along with Social Cohesion Minister Amna Ally are dealing with matters relative to the City Council.

The Prime Minister however declined to comment on the issue but stated that questions should be put to Ally. Efforts made to contact the Minister proved futile as calls to her cellular phone went unanswered. (Jomo Brusheildon Paul)