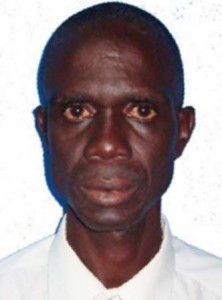 While President David Granger has promised that there will be some discussion in the APNU on the election  of alleged child molester Winston Harding, it has been reveal that the Party cannot legally ask Harding to resign.

This was explained by GECOM Commissioner Vincent Alexander who explained that Guyana’s local government legislation does not provide for the recall of an elected Councilor.

Harding, despite the APNU pulling its support managed to win his constituency. The candidate had posters bearing his photograph with the words “Child Molester” plastered underneath in Constituency 13.

Alexander at a GCOM press conference on Saturday clarified that Harding is legally untouchable.

“Given the laws of Guyana there is no legal basis for disqualification…It’s a moral question, it’s a political question but it’s certainly is not a legal question,” said Alexander.

He explained that what could happen is that the APNU could ask Harding to resign as a Councilor, however whether he accedes to this request is entirely up to him.

“Our legislation for local government does not provide for a recall of that sort,” said the GECOM Commissioner.

Earlier on Saturday President Granger had said he would be seeking an explanation from Social Protection Minister Volda Lawrence on how Harding was selected.

Calls have been made for the Minister to be booted given her defense of the allegations against the Candidate. (Jomo Brusheildon Paul)