APNU+AFC takes control of most towns 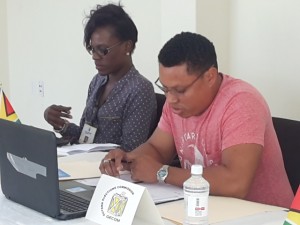 The party is claiming victory in Georgetown, Linden and New Amsterdam as well as the two new towns of Bartica and Lethem. There were reports of a tie in Mabaruma, another new town.

The People’s Progressive Party Civic (PPPC) has reportedly won Anna Regina, Rose Hall and Corriverton  which are their traditional strongholds.

The Returning Officer for Georgetown on Saturday declared the results for that electoral district.

At the First Past the Post level, APNU+AFC won 14 seats  and Team Legacy One.  The PPPC got two seats on the Council through the Proportional Representation aspect of the poll , while APNU got another 10 seats. 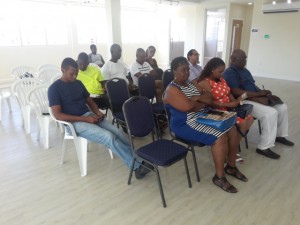 Several contestants listening to the results being delivered by GECOM’s Returning Officer for Georgetown, Duarte Hetsberger.

Team Benschop, APNU+AFC and  Team Legacy got one seat each based on left-over votes under the Proportional Representation System.

The Guyana Elections Commission (GECOM) was later Saturday afternoon expected to provide  detailed results that have come in from the other towns and neighbourhoods.