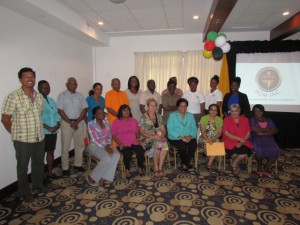 Guyana Gold Fields through the Children’s Needs Development Initiative has been able to provide GYD$20M in funding for orphanages and non-Government organisations to address critical social issues.

According to a press release, the initiative focuses on providing support for Guyana’s vulnerable youth population, through support for programmes such as the Step by Step school for children with autism and the two orphanages who will benefit from their partnership with the company this year.

Additionally, the CSR Support programme explores ways of partnering with neighbouring and engaged communities such as St. Cuthbert’s Mission, Caria Caria, Buck Hall and Great Troolie on sustainable developmental projects for these communities. 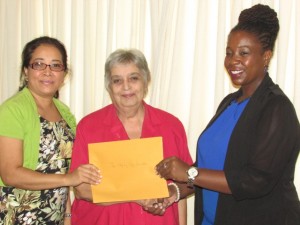 For 2016 year the initiative provided support for the work of 16 non-governmental organisations and four engaged communities with whom the company shares close ties, either through employment or as neighbours of its operations.

These institutions include the Step by Step Foundation for children with autism, the Epilepsy Foundation of Guyana, the SVN Hindu School, the Caribbean Youth Environment Network, the Guyana Industrial Training Centre, the Red Cross Children’s Convalescent Home among others.

Play sets totalling $3.5M were provided as per the requests of the Great Troolie Island , Caria Caria and St Cuthbert’s Mission  Communities as well as the  Saheed’s Boys and Girls Orphanage.

“Guyana Goldfields has provided similar assistance over the past four years to support various institutions and organisations.  Over the past 17 years Guyana Goldfields/AGM Inc. has quietly been an excellent corporate citizen in Guyana, even though its commercial mining operations only commenced in the last quarter of 2015,” the release noted. 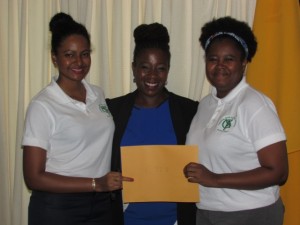 Guyana Goldfields Inc. is a Canadian based company, focused on the exploration and development of gold deposits in Guyana, South America. The Company is an emerging gold producer with the onset of its 100% owned Aurora Gold Mine which achieved first production in mid-2015. The Aurora Gold Mine has a total gold resource of 6.54 million ounces in the measured and indicated categories (62.83 million tonnes at 3.24 g/t Au) as well as an additional 1.82 million ounces in the inferred category (16.93 million tonnes at 3.34 g/t Au). 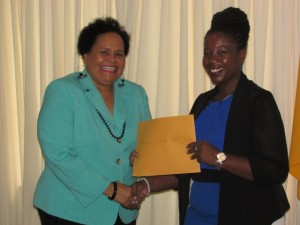 Located about 200 kilometers from the coast, the AGM cost about US$250 million and is expected to produce about 10,000 to 15,000 ounces of gold per month during the 35-year life of the mine.  Overall, about US$411 million in investment capital was spent from exploration 19 years ago to the construction of the mine plant and other equipment.

The Aurora Gold Mine was commissioned last September.