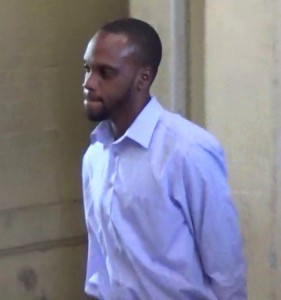 A Senior Supreme Court Marshall was Wednesday charged with causing death by dangerous driving and he was granted GYD$800,000 bail.

Patrick Higgins of 627 Diamond Housing Scheme, East Bank Demerara pleaded not guilty to the charge when it was read to him by Chief Magistrate, Ann Mc Lennan. His lawyer, Roger Yearwood, succeeded in having the bail reduced from GYD$1 million.

The incident occurred on February 23, 2016 at Houston Public Road, East Bank Demerara where he drove motorcar PTT 4701 in a manner dangerous to the public thereby causing the death of June Carol Marshall.

Higgins also pleaded not guilty to the charge of driving the said vehicle while he was allegedly under the influence of alcohol measured at .377. He was granted GYD$10,000 on that charge and ordered to return to court on February 29, 2016.

Defence Lawyer, Roger Yearwood told the court that about 4 AM, the woman was wearing dark clothing and riding in the opposite direction when the accident occurred.