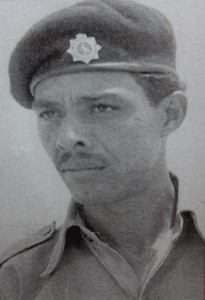 Guyana’s President, David Granger Wednesday sought to discredit the Walter Rodney Commission of Inquiry Report, saying that the three commissioners had relied on hearsay evidence from a convict.

“I would like to say that the report is very badly flawed in many respects. From the start we realised that the Commission was paying a lot of attention to hearsay evidence and the most glaring example of the flaw in the Commission’s report is the fact that they decided to accept the evidence of a convict.

They brought a convict, who at the time was a constable in the Guyana Police Force. He reports verbatim on a conversation between the President of Guyana, the Chief of Staff of the Guyana Defence Force and two assistant commissioners of police and he was not present. How does he know what was going on? And why should the Commission believe that he knew what was going on?” Granger was quoted as saying in a statement issued by the Ministry of the Presidency.

Rodney was killed in his brother’s car on John Street near the Georgetown Prison on June 13, 1980 when a bomb-in-walkie talkie that was provided by a Guyana Defence Force Sergeant, Gregory Smith exploded in his lap.  Testimony  before the Inquiry has revealed that Rodney had been interested in obtaining walkie talkies to communicate with members of the Working People’s Alliance (WPA) over long distances at a time that he had been advocating a civil rebellion to topple the then People’s National Congress (PNC)-led government of then Prime Minister Forbes Burnham. 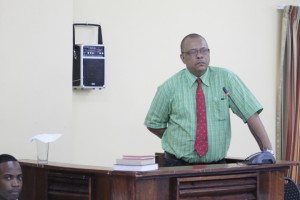 The Commission of Inquiry Report has found that Burnham had been part of a conspiracy to kill Rodney. Days after his death, Smith and his family were flown to Kwakwani. They eventually left for French Guiana where he had lived and worked under the name of Cyril Johnson until he died of cancer in 2002.

The Granger administration eventually discontinued public hearings of the Commission, preventing the probe team from cross examining witnesses and taking evidence from others.

Amidst reports being circulated in the media on the contents of the recently handed over Walter Rodney Commission of Inquiry (COI) Report, President David Granger has called the document “deeply flawed”, noting that the Guyanese society has been starved of the truth and closure, even though almost $500 million has been expended in the past two years on the Commission.

Speaking to media operatives at the Ministry of the Presidency, earlier Wednesday following the Accreditation Ceremonies of the Ambassadors of Japan and Israel to Guyana, President Granger said that the Report, which was finally handed over last week to the Government after six extensions and a missed appointment due to a “lack of ink”, does not address the mandate for which it was established.

The Head of State indicated that it is obvious that the Commissioners depended on hearsay and gossip instead of pursuing means through which the truth could have been found out.

President Granger noted that a key witness, who was available to the Commission and had knowledge of what would have possibly transpired, was not allowed to testify.

“The Commission brought one of the persons who was present at that meeting into this country for ten days, kept him at a hotel and then sent him back to the United States without asking him a single question. Why should the Commission accept the word of a convict and refuse to bring unto the stand, the Deputy Commissioner of Police, who in fact was supposed to be at that meeting with Former President Burnham and was also the Chief investigator into the circumstances surrounding the death of Dr. Rodney? So when you look at details of the evidence provided it is clear that the report itself is very badly flawed and we intend to challenge the findings of the report and the circumstances under which that report was conducted,” he noted.

He further added that while Government has expended large sums of money on the Commission and its work, in a pursuit of truth and closure, none of these has been achieved despite the handing over of the report.

“It has cost the Guyanese taxpayers a tremendous amount of money. We could have built ten schools with the money that was spent on that Commission… They are just gobbling up money and at the same time they are not providing the Guyanese people with the truth. We supported the Commission’s pursuit of truth but the Commission has varied from its mandate and has accepted a lot of hearsay evidence and not given the Guyanese people what they deserve. That is to say, what were the circumstances under which Dr. Rodney acquired a certain device and how that device came to be detonated. That is what we want to know,” the President expressed.

The Report was initially supposed to be handed over to President David Granger at midday on February 8, was not submitted at that time because the Chairman of that Commission, Sir Richard Cheltenham, informed the Attorney General, Basil Williams that he had run out of ink while printing the document.  This call was made even as President Granger had already arrived to the Ministry of the Presidency to facilitate the handing over of the report.

The Report was subsequently dropped off, day later, to the Attorney General’s office.

Minister Williams had said at that time that he found these actions by a Presidential Commission to be totally unacceptable to any sitting President, especially given the fact that the President has been more than accommodating in the past months, in granting time extensions.