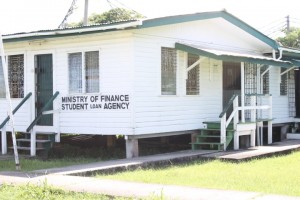 Government has stopped providing additional monies to the University of Guyana’s Student Loan Fund because there is sufficient cash for another two years, even as Cabinet continues a so far secret paper to recover more than GYD$10 billion in unpaid loans.

“The student loan agency has accumulated enough money for the fund to now revolve so the fund is revolving and there is no need for government contribution at this time,” Finance Minister, Winston Jordan told the House during consideration of the 2016 Budget Estimates.

He assured that if the UG Student Loan Fund runs low on cash, every effort would be made to replenish it.

Asked by Shadow Education Minister, Priya Manickchand what steps were being taken to recover the billions of dollars in outstanding loans, the Finance Minister said Cabinet was considering a paper but he declined to divulge details at this time.