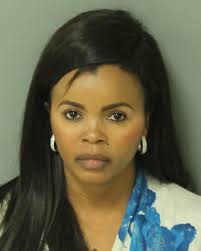 (THE SARATOGIAN) A Guyanese woman will serve more than six years in prison after she and others used counterfeit credit cards to buy hundreds of thousands of dollars’ worth of gift cards from grocery stores, including some in Saratoga County.

Georgette Jackman, age 37, a Guyanese citizen and a former resident of Brooklyn, was sentenced Thursday in federal court to serve 75 months in prison for a scheme in which she and others used the fake credit cards to purchase more than $400,000 in gift cards from grocery stores.

U.S. District Judge Mae A. D’Agostino sentenced Jackman to 51 months on her convictions for conspiracy to commit access device fraud and trafficking in counterfeit access devices. Judge D’Agostino additionally sentenced Jackman to two years of imprisonment on an aggravated identity theft conviction, which must be served consecutively to the other sentence of imprisonment Jackman received.

Jackman, who pleaded guilty in October 2015, also faces deportation from the U.S. following the completion of prison sentence.

From February 2012 through January 2013, Jackman and co-conspirators Jamese Williams and Terry Nicholas travelled together by car to stores throughout New York, Massachusetts, New Hampshire, Vermont and Connecticut, including approximately 47 Price Chopper grocery stores.

During these trips, Jackman provided Williams and Nicholas with hundreds of counterfeit credit cards bearing stolen account numbers and embossed names that did not correspond to the actual account holders whose account numbers were stolen.

Williams and Nicholas used these cards to purchase $435,465 worth of gift cards, which they gave to Jackman.

In December 2015, Nicholas and Williams were sentenced to 61 and 57 months in prison, respectively, for their involvement in the conspiracy.

This case was investigated by the U.S. Secret Service and was prosecuted by Assistant U.S. Attorney Jeffrey C. Coffman.