SOCU operations to be governed by protocols 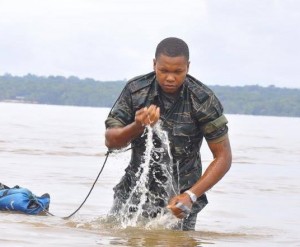 Almost two months after an army intelligence officer and two others were killed in a vehicular collision during a surveillance operation, rules have been crafted for the Special Organised Crime Unit (SOCU, Public Security Minister Khemraj Ramjattan announced Thursday night.

“The protocols have been already drafted…It’s about six pages  of protocols as to how they are going to do their operations,” he told the House during the 2016 budget debate.

He promised to make public the protocols that are geared to ensure that SOCU members “come in line” with the Standing Orders of the Guyana Police Force.

Ramjattan remarked that when SOCU was established under the then People’s Progressive Party Civic (PPPC) administration, its Home Affairs Minister had not put in place the protocols for that specialized unit that is tasked with probing financial crimes.

SOCU’s operations have been under sharp scrutiny ever since the deaths of Guyana Defence Force (GDF) Sergeant, Robert Pyle, his wife and a truck driver on Carifesta Avenue, Georgetown on 30th December, 2015. Pyle had been conducting surveillance on a house at Cowan Street, Kingston, Georgetown where he had believed was the residence of then NICL Chairman, Winston Brassington. Wife of opposition legislator, Charles Ramson Jnr- Alana Seebarran- who had just emerged from her house and entered her brother’s car escaped a blockade by two cars and fled the scene.

During the high-speed chase that ensued, Pyle slammed into an truck that was travelling in the opposite direction, resulting in the deaths of Pyle, his wife and the truck driver.

While the GDF claimed that Pyle had been on an official operation, Demerara Waves Online News was told that Pyle did not receive official approval through the army’s chain of command to go on the surveillance operation.

Brassington has since migrated to Florida where he is the President of a pallet-making company.