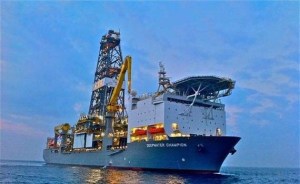 Another oil company has been granted oil exploratory license from the Government of Guyana to conduct exploration in the Orinduik Block.

This is according to Finance Minister Winston Jordan who made the announcement during his Budget 2016 Speech noting that oil is poised to become an important industry for Guyana.

He said that despite low oil prices, which are expected to continue through next year, all licensed operators remain committed and new venture interests are considered on a regular basis.

“These investments will bring fruitful rewards to the Guyanese, people through increased revenues, employment and income, which will propel Guyana towards achieving national as well as sustainable development goals,” he stated.

However he pointed out that the preparedness of Guyanese to respond to the needs of this growing sector is critical, and as such, much emphasis will be placed on capacity building during the year in this sector.

Previous: Budget 2016: Jordan announces increased subvention for NCN
Next: $3.1B for ICT; Information Technology Center to be established