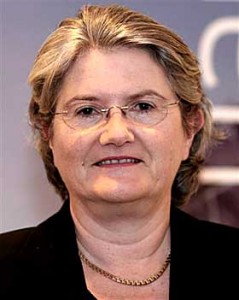 Norway is sending a high-level team to Guyana this week to conduct a series of meetings and field visits to project sites, which the Norway Government has supported through the Guyana-Norway Agreement, government here announced.

The Ministry of the Presidency, in a statement, did not name the site for the Amaila Falls Hydro-power station as one of the areas to be visited, but has said previously that Norway would like to review the feasibility of the project. The APNU+AFC government has taken the position that the AFHP would not be feasible based on the current financing model, but the now opposition People’s Progressive Party Civic (PPPC) has maintained that the hydro-power facility, if built, would save Guyana billions of dollars annually in fossil fuel purchases.

The future of the Guyana-Norway agreement, which had been shadowed by a cloud of uncertainty since the change in administration, was first discussed at a meeting held in Paris, France in December between the two countries, in the presence of key representatives of the Inter-American Development Bank (IDB).

Minister of Natural Resources, Mr. Raphael Trotman, said both parties had agreed at that time to formulate a document to determine the future of the relationship and how best it can serve both countries. He said he is looking forward to the visit, as it is imperative that the Norwegians see what has been accomplished so far under the project.

“We are committed to this relationship and its continuation. They will be meeting Ministers, Head of agencies, the Opposition and civil society and we are looking forward to a successful project,” Minister Trotman said.

The Minister noted that the initial agreement expired in 2015. However, the two governments had a verbal agreement that works would continue as there remained some outstanding deliverables.

“This is a fact-finding mission to see what has been accomplished so far, but we are both committed to finishing that previous one and then entering into a new one,” Minister Trotman said.

Since the agreement was signed in 2009, Guyana has earned approximately US$190 million. Of the total amount, US $69.8 million has been transferred to the Guyana REDD+Investment Fund (GRIF) while US$80 million was transferred to the IDB for the delayed Amaila Falls Hydropower Power Project.