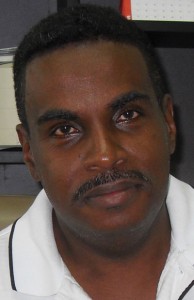 HEAD of the Information Technology Department at City Hall Waynewright Orderson was Monday dismissed following a recommendation from the municipality’s Personnel and Training Committee.

Orderson reportedly proceeded out of Guyana without first obtaining the requisite permission and while knowing that his second-in-charge was also on leave.

At the municipality’s fortnightly statutory meeting, Councillor Junior Garrett requested that the Standing Orders be suspended so that the issue of Orderson’s employment could have been discussed. Garrett was proposing that Orderson be dismissed forthwith without being paid a cent in benefits. “I particularly agree with this recommendation. The correspondence from this officer indicates total disrespect for the Council. Over the years, this officer has been showing gross disrespect and it is time it stops,” Garrett expressed.  He warned councillors that should they fail to support the recommendation, anarchy would prevail at City Hall in the sense that no one would respect its organizational structure.

But Deputy Mayor Patricia Chase-Green did not agree that Orderson should depart without his benefits. However, she was in full support of his dismissal. “This is the straw that has broken the camel’s back. Let good sense prevail and let this Council be respected.” She observed that this particular officer has in the past had many violations and was placed before several committees, only to be allowed to continue to function in his capacity. She mentioned specifically the time the United States Embassy had a dispute with City Hall over certain cheques that were under Orderson’s care. His attitude, on that occasion, was of such that he refused to communicate with his superiors and drove out of City Hall’s compound when he was being called to a discussion.

On the most recent issue, Chase-Green questioned: “How could he leave the country for six weeks without permission? Didn’t he consider what would happen to his department?” Chase-Green stressed that the Council now has to deal with the professionalism that the change in government has brought about.

Councillor Ian Andrews, in also supporting the recommendation, said he thought Orderson would have displayed a remorseful attitude and seek to offer an explanation to the Council. “The arrogance of his correspondence has brought this motion. He’s no fool; he knew what he was doing. But he has to show some respect.”

Other Councillor Oscar Clarke offered that the committee deliberated the matter in the presence of Orderson and thus examined his responses carefully before making its decision. “He received a full hearing at the level of the committee. But he did not present himself as being contrite. He accepted fault in his final letter to the Town Clerk but he did not give this impression to the committee. In the past he has behaved in this manner and has gotten away with it.”

The only councillor who stood up in favour of Orderson was Prabhudial Sattan who offered that Orderson distributed duties among his staff before leaving and had earlier last year informed the then Town Clerk, Carol Sooba, of his plans to leave. Sooba, however, did not make this information known to the Council. “But Mr. Mayor, he was accompanying you overseas. And you were supposed to say something to the Town Clerk. But you said nothing,” Sattan told Mayor Hamilton Green.

The Mayor said he did not wish to get involved in the administrative aspects of the issue but noted that since Orderson was accompanying him overseas, he was automatically on duty and didn’t need to apply for leave.
Green said he did not wish to argue with the recommendation but he pondered whether or not Orderson’s dismissal was fitting for the offence.

Meanwhile, the source mentioned earlier, had charged that although the municipality has been pumping millions of dollars into the IT Department, the quality of work coming out of that department left much to be desired.
Citizens should have long been able to access their rates and taxes’ records online, but even this is yet to be done, the source pointed out. “The situation is so bad that if a cashier is using the computer, no one else can go online at the same time.”

The IT Department has, in the past, been recipient of countless monetary and other grants, but questions about where all of the money goes are often left unanswered.