Kurshid Sattaur to be axed 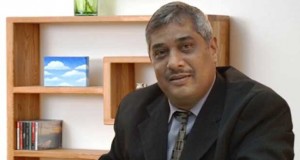 At its 171st meeting held today, January 21, 2016, the Governing Board of the Guyana Revenue Authority (GRA) took a unanimous decision to terminate the relationship between Commissioner General Mr. Khurshid Sattaur and the Revenue Authority.

Acting Commissioner-General, Ms. Ingrid Griffith will continue to function in the position of Commissioner General until further notice.