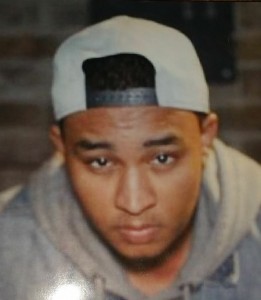 Three more persons were Friday arraigned for their alleged murder of the 18-year old British film-maker who had come here three months ago to stay with his god-brother.

Apart from his god brother, Aaron Hing, and Staymon George who were arraigned Thursday for the same offence, those charged with the indictable offence are George’s girlfriend, Krystol Thomas, and her mother 39-year old Sifanie “Coreen” Henry and 19-year old Jamel “Frass” “Bacchus” Sinclair.

Chief Magistrate, Ann Mc Lennan read the charge to them that states that they murderd Dominic Bernard on October 14, 2015 at Kildonan Village, Corentyne, Berbice.

The date mentioned in the charge suggests that Bernard was killed and buried in a shallow grave at Nurney Village, Corentyne, Berbice  hours after he landed from the United Kingdom.

His badly decomposed body was found clad in the same clothing- blue long-sleeve hoody and long blue jeans and a white V-neck on the inside- he had departed London in. His camera equipment were also buried near his body.

They have been remanded to prison until January 21, 2016 when they would appear at the Whim Magistrates’ Court.

All five accused are remanded to prison and the matter was transferred to Whim Magistrate Court for January 21.

Previous: NICIL Probe: SOCU hauls in Luncheon for questioning
Next: Mining concessions must be linked to gold declaration- Trotman