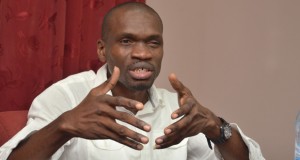 There has been no final decision made by the Guyana National Broadcasting Authority (GNBA) to revoke all radio spectrum licenses issued by Former President Bharrat Jagdeo, says GNBA Head Lennox Craig.

Craig during a telephone interview with Demerara Waves revealed that there has been discussions to that extent but the board has not made a final decision since there may be some legal hurdles.

“It is still being discussed” he stated adding that a sub committee within the Authority had made the recommendation.

When the board meets on January 28, it will have further discussions on the issue, said Craig.

“The board meets once a month, as soon as we have a solid legal opinion, we will make a decision,” he stated.

According to a local media report, the committee set up to investigate the issuance of the licenses had found that the manner in which they were issued did not conform with Guyana’s laws.

Jagdeo during the last year of his second term in office, issued the 11 licenses in a manner that was seen as widely controversial.