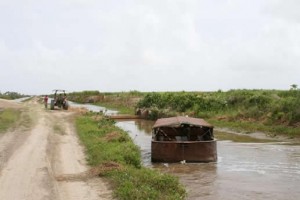 According to Jagdeo, the PPP will “vigorously oppose any plan to dismantle GuySuCo, adding that “the country will not suffer because of political decisions in the economic sphere.”

The former President was at the time speaking at a press conference on Thursday when he noted that the Opposition will push for a full fledged debate on the Commission of Inquiry report that was submitted to the House on December 30.

“These matter need to be approached very carefully…containing costs for them means that sugar workers should not receive any increase…we will never accept cost constraints which will penalize workers in this manner,” said Jagdeo.

He also made it clear that he will not support privatizing the industry as recommended by the report.

“If we transfer GuySuCo into private hands and after one year they shut down – then what happens,” he questioned.

Under the chairmanship of Vibert Parvatan, the Commission urged government to announce in the 2016 budget that it should “publicly announce that it will do everything in its power to remove itself from the production of bulk sugar for export as soon as is practical” after studying the pros and cons.

If government decides to go that route, the Commission further recommended that government should announce the formal creation of a Holding Company to hold the shares of subsidiaries/business units and other revenue streams created out of Guysuco’s operations.