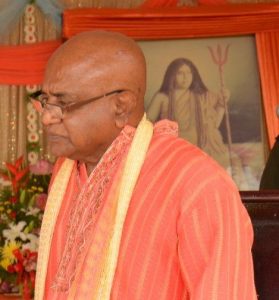 Former Finance Minister, Saisnarine Kowlessar was Monday arrested by agents of the Special Organised Crime Unit after he failed to turn up at that law enforcement arm of the Guyana Police Force.

He arrived shortly after 9 AM and was released from custody after 2 PM on GY$200,000 station bail. Sources said he might be required to return at a later date.

Sources told Demerara Waves Online News that Kowlessar was questioned about vesting orders for the sale of a number of properties that were held by government’s holding company for State assets- the National Industrial and Commercial Investments Limited (NICIL).

Kowlessaer was represented by Attorney-at-Law, Mark Conway who advised him not to say anything in connection with the five matters.

SOCU agents visited Kowlessar last week Thursday and invited him to report on the following day to its Camp Street, Georgetown headquarters but he never went, prompting his arrest on Monday.

As Finance Minister, he was also Chairman of NICIL’s Board from 2002 to 2006. That agency oversees and recommends to Cabinet the sale of State assets.

Sources said SOCU is wary of instituting additional charges of misconduct in public office at this time now that High Court Judge, Franklin Holder on Monday has ruled that misconduct in public office charges against former Finance Minister, Dr. Ashni Singh and former NICIL CEO, Winston Brassington. must be stayed until the Chief Justice completes the hearing and determination of a challenge to the legality of the charges.

Brassington and Singh are charged in connection with the sale of three tracts of land for more than GY$900 million without due regard to valuation and the conduct of valuation.

They are arguing that they are not public officers, as defined by Guyana’s constitution, the decision to sell the lands was made by Cabinet, public tendering provides a fairer market value instead valuation, and the charges were politically motivated to make the now opposition People’s Progressive Party (PPP) appear to have been a corrupt administration.