“Huge chunk” of money budgeted for laid off Guysuco workers 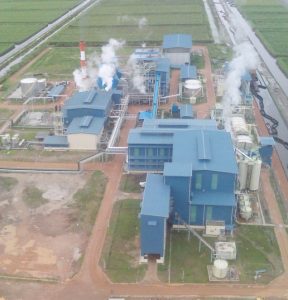 Minister of State, Joseph Harmon on Thursday announced that a “huge chunk” of money has been set aside in the 2018 National Budget to pay severance to thousands of workers of the state-owned Guyana Sugar Corporation (Guysuco).

He made the announcement during the penultimate day of budget debate before the 65-member National Assembly considers the proposed expenditures next week.

“In this budget, while some of my friends speak about their love for the sugar workers, we have taken that into consideration and in the amount of monies allocated for Guysuco, there is a huge chunk of money in there for severance, so the workers must know that too,” Harmon told the House.

Demerara Waves Online News was told that about GY$5 billion have been set aside to pay severance to almost 4,000 laid off workers. After that, Guysuco is expected to keep about 10,000 workers to run its operations at the three estates- Albion, Blairmont and Uitvlugt.

His assurance came as Guysuco continued to lay off workers from Skeldon, Rose Hall Canje, and Enmore with effect from December 31, 2017 as part of a restructuring programme for the loss-making enterprise. Government has said that the Treasury could no longer afford annual multi-billion dollar subsidies even as sugar production continues to slide. 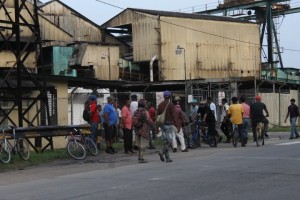 The opposition People’s Progressive Party Civic (PPPC) and its allied Guyana Agricultural and General Workers Union (GAWU) as well as the National Association of Agricultural Commercial and Industrial Employees (NAACIE) have been demanding that the workers be paid severance.

In the case of workers at Wales  Estate, many of them who had not been laid off had been demanding that their services be terminated and that they be paid off for their years of service. Many of them had said that they would have only worked at Uitvlugt Estate if they had been paid their severance.

Industrial Relations experts have said that workers could not request the termination of their services and the payment of severance because that is the prerogative of an employer.