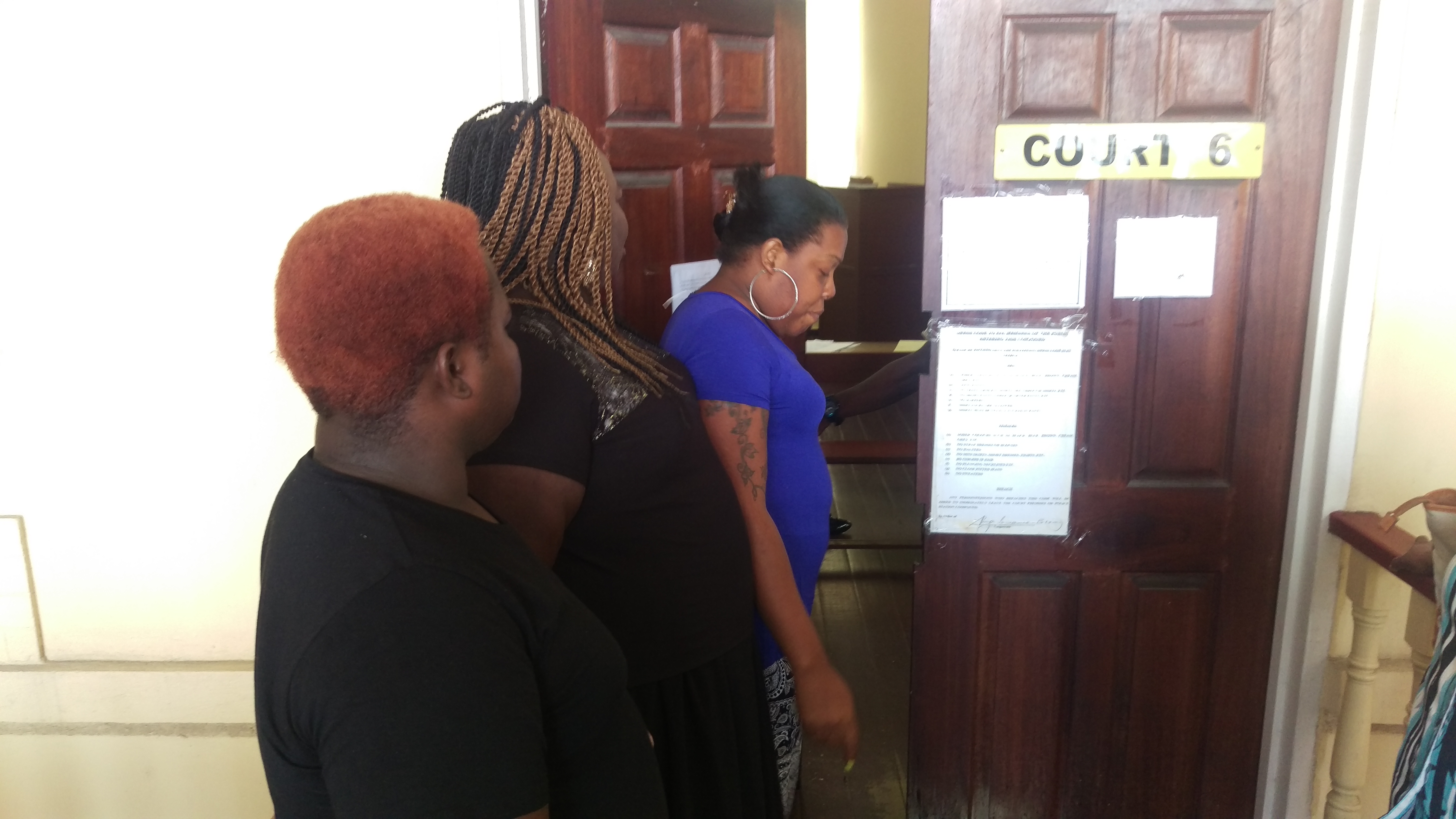 Petronella (in blue) stands at the door of Magistrate Bess’s court before the door was closed.

Bess, before handing down his decision, asked the public to leave the courtroom. Just as the assault victim, Petronella, was entering the court, she was barred by the court’s officers. The decision was read in her absence.

Petronella was informed of the Magistrate’s decision by the defendant, Jamal Johnson, who exited the court and informed the victim of the ruling made in her absence.

Petronella told the press corps after the ruling she was upset by the decision since she was not allowed inside the court.

An attempt to obtain Bess’s decision from police prosecutor Tracy May-Gittens was unsuccessful. The prosecutor told Demerara Waves Online News to check with the court’s clerk. The clerk informed Demwaves he was not paying attention to the decision, since he was completing court documents.

This is the second time Bess has barred the public from entering the court when Petronella’s case came up, although the matter was neither a sexual offense, domestic violence, nor a juvenile matter.

Bess’s first decision to bar the public from his court while Petronella’s matter was heard on Monday was called unconstitutional by attorney Arif Bulkan.

Bulkan was the lead attorney on a recent appeal case at the Court of Appeal, which sought further clarification on a ruling made by then-acting Chief Justice Ian Change in 2013 that cross-dressing was legal unless done for an “improper purpose.” It was unclear what “improper purpose” meant.

The appeal, headed by transgender women associated with two major LGBT rights groups in Guyana, was dismissed by the Appeal Court. As part of the decision read on Monday by then-Chancellor of the Judiciary, Carl Singh, then-acting Chief Justice Yonette Cummings-Edwards and Justice Brassington Reynolds, the court found that it could not interpret what constitutes an “improper purpose” since Parliament had not defined it.

Bulkan had said Monday that the decision of the Court of Appeal regarding what constitutes an “improper purpose,” allows for case-by-case interpretation from magistrates.