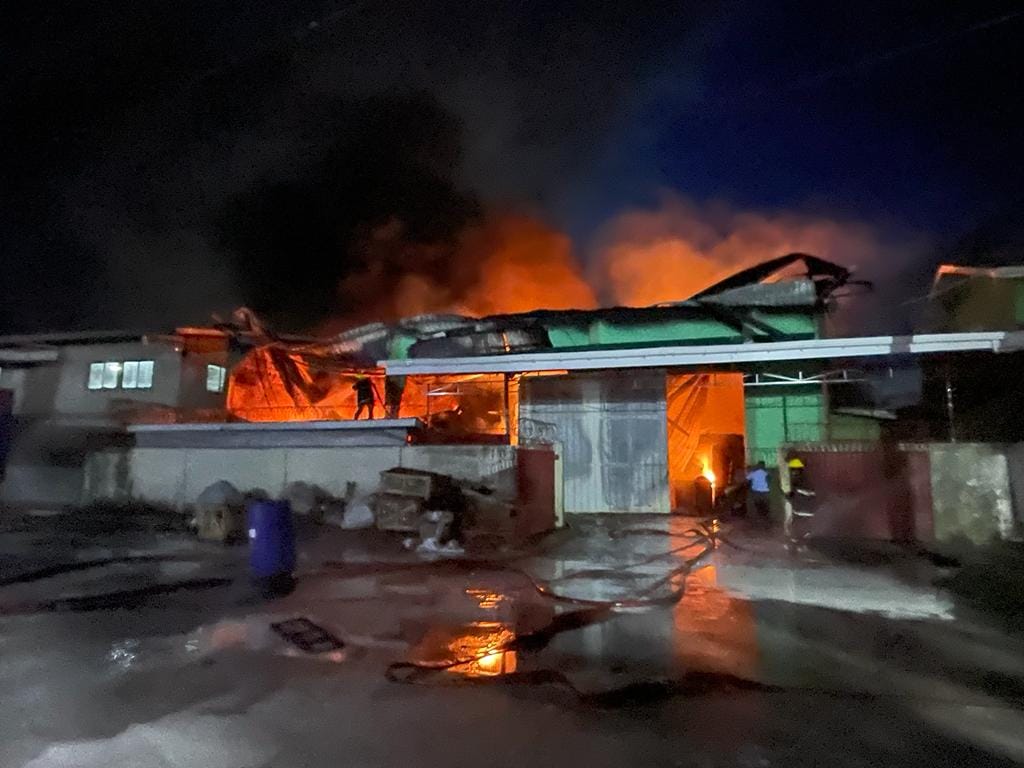 Firefighters were Monday night trying to confirm whether a huge fire at a bond at Le Ressouvenir, East Coast Demerara was caused by welding near flammable items.

The storage bond was owned by Z Mohammed and Sons Hardware Store.

“Unconfirmed reports suggest that welding was being done in the bond, which housed various flammable chemicals and other materials (oils, thinners, plywood, etc.),” the Guyana Fire Service said in a statement.

The fire service said there were no fire detection and fighting equipment- extinguishers, smoke alarms- inside the bond which housed millions of dollars worth of hardware supplies.

The Guyana Fire Service is investigating the circumstances that led to a fire at Le Ressouvenir, East Coast Demerara, this afternoon.
Firefighters from the Central, West Ruimveldt, Alberttown, Campbellville, and Melanie fire stations responded and managed to get the fire under control by using various water sources and foam, containing it to one building.
Persons at the scene said there were multiple loud explosions which erupted into balls of fire.