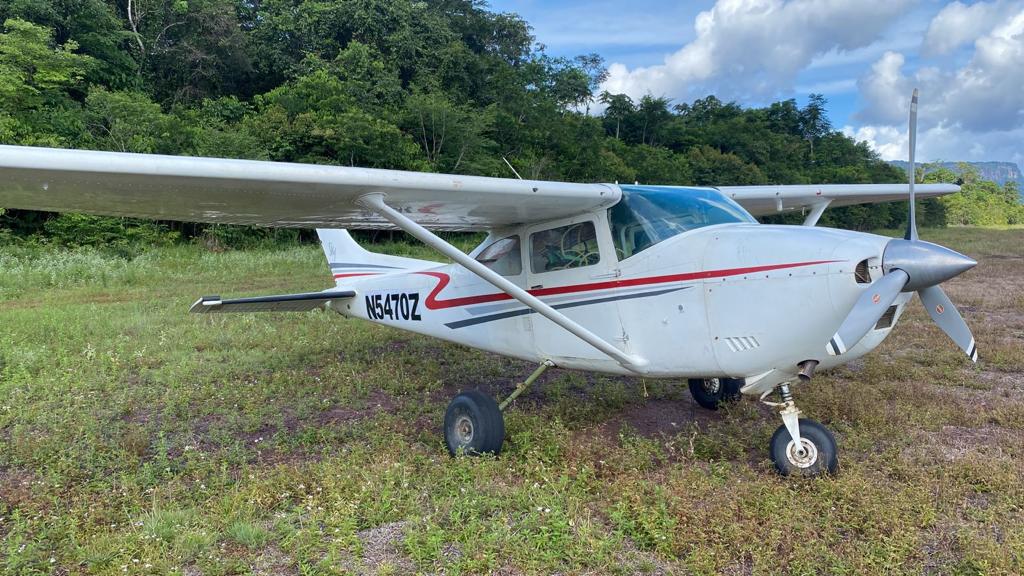 The foreign plane that landed at the Mahdia Airstrip.

A cocaine-laden plane,  bearing what appears to  be United States (US) registration markings, on Sunday landed at the Mahdia airstrip after it apparently ran out of fuel, highly-placed sources said.

The sources said the pilot and co-pilot, who have been identified as Colombian and Brazilian, were arrested shortly after the aircraft touched down at the airstrip in Region 8 (Potaro-Siparuni).

The weight of the cocaine was not immediately available.

While this is a Guyana Police operation, that law enforcement agency has not issued a statement on the occurrence.

Sources said a number of empty fuel containers were also seen aboard the single-engine plane, a strong indication that the plane was fetching cocaine to another destination. 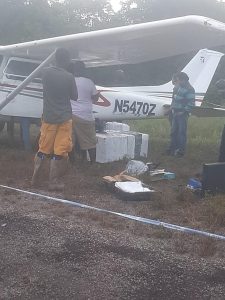 The cocaine being offloaded from the plane. Looking on are two foreigners closer to the tail

The plane is bearing US registration markings N5470Z

Over the past two years, a number of cocaine plane flights have landed at Orealla in Guyana and several places in neighbouring Suriname.

2022-07-10
Denis Chabrol
Previous: Analysis- Part 2: “How we Will Share the Corn?” The Shortcoming of Guyana’s Local Content Law
Next: Conflicting accounts about how teenager was burnt while in police custody