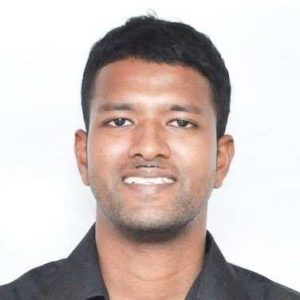 At least 23 staff members of the state-owned Guyana National Newspapers Limited (GNNL), the publisher of the Chronicle newspaper, have petitioned President Irfaan Ali for the removal of editor-in-chief Tajeram Mohabir, claiming that he has displayed poor leadership and contributing to increased operational costs.

“We believe that his removal as EIC would facilitate the development of the editorial department in a way that would attract and retain staff, something which has been a struggle because of his actions or lack thereof,” the employees told Dr. Ali in a letter dated May 9, 2022.

The staff members are accusing Mr. Mohabir of not being supportive, displaying nominal concern for the staff, being deceptive and blaming others for the most “egregious errors” that he had made. But, in defending himself, he said none of the accusations contained in the petition had ever been raised with him, and he urged that a thorough investigation be conducted. “‘I’m a bit surprised by the complaints because they were never made with me and there was a board meeting where staffers raised their complaints. Usually, the complaints would come to me and I would address them and there are cases where I went backward to address some of these issues,” he said.

Mr. Mohabir said if an investigation was conducted and he was asked to step down, he would do so willingly but he was confident that the accusations amounted to “mischief.” “I view them as very serious claims and the board of whosoever is in authority should investigate them thoroughly,” he said.

Other Guyana Chronicle sources, speaking on condition of anonymity, believed that the campaign to remove Mr. Mohabir stemmed from a libelous article against opposition parliamentarian Jermaine Figueira, who was recently awarded a multimillion dollar judgement.

Sources said that Minister in the Office of the Prime Minister, Kwame McCoy was Wednesday morning meeting individually with each aggrieved staff member before possibly holding a general meeting.

This is not the first time that the Guyana Chronicle staff has been up-in-arms against a senior official of that entity, the most recent having been the removal of Sherod Duncan from the post of General Manager in mid-2019. He was subsequently reinstated.

The Guyana Chronicle Editor-in-Chief is being accused of contributing to multiple resignations and the likelihood of many more in the short term. He has been cited for effectively pausing the production of the newspaper by leaving the premises before approving the last page, but preferring to do so when he arrives home. “Another hallmark of his tenure is the lack of care and respect for each other’s time when editing the newspaper. This slows down the entire process from editing, proofreading and laying out of the pages, to costing the company overtime payments as a result of having the pressmen, drivers, and other staff members feeling drained,” the staff members said.

Previous: Streamline – what’s in a word?
Next: GTT and shareholder, ATN International, launch call centre in Guyana with focus on at-home operations