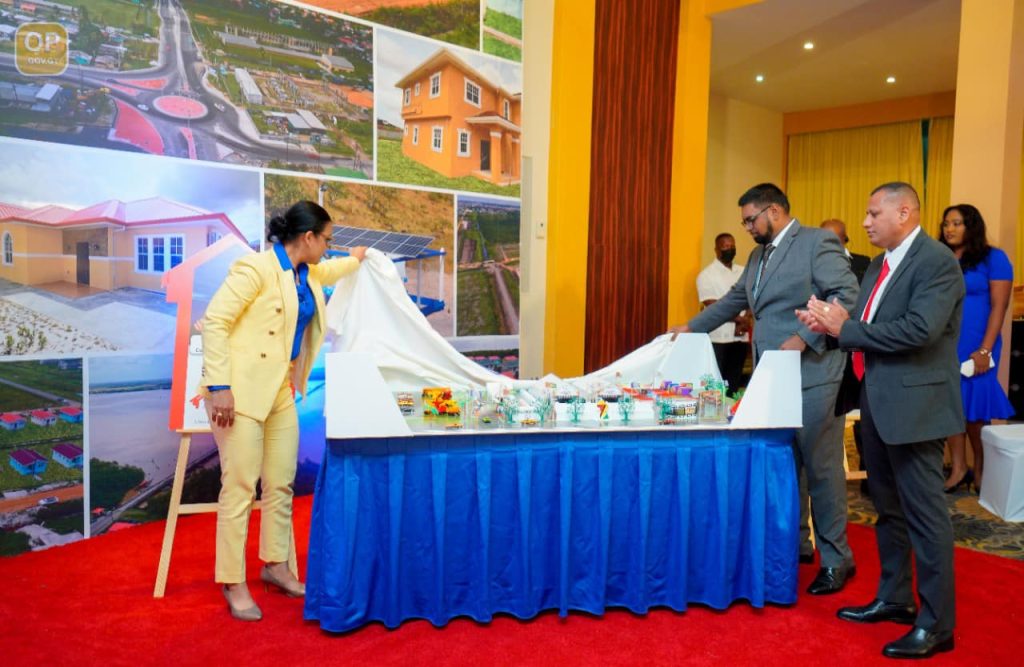 The Guyana government would be building 300 prefabricated houses to rent to spectators at the Caribbean Premier League (CPL) from September 30 and the earnings would be used as down-payments for mortgages at commercial banks, President Irfaan Ali announced on Wednesday.

“We are looking at a way in which we can marry cricket with uplifting people out of poverty,” he said at the launch of the International Building Expo 2022 scheduled for July 22 to 24.

The President explained that land would be set aside to build the 300 houses to host persons during the cricket and the rental projected to total 10 to 15 percent would go towards a down-payment on mortgage at a bank. “The revenue from that rental would go as down-payment to the banks for the poorest persons,” he said to resounding applause.

Meanwhile, he said government would soon advertise for the Design, Build and Finance the construction of houses for the government.

In welcoming the return of the Building Expo after a seven-year hiatus, the President of the American Chamber of Commerce (AMCHAM) Guyana, Attorney-at-Law Davendra Kissoon said investors were already lining up to begin the construction of prefabricated buildings “Already, persons have demonstrated unbridled enthusiasm for this macro project, expressing an interest to build in Guyana and supply prefabricated concrete walls to speed up the construction of commercial buildings; manufacture, install and assemble Guyanese prefabricated homes so that persons can quickly get housing…,” he said. Mr. Kissoon said there was even interest in getting into 3D printing of accessories to the construction sector and the use of hemp for construction when the legislation is passed.

Touching on Guyana’s planned entry to the global hemp industry, President Ali cautioned against merely growing the plants but building a factory here. “That is the type of thing we have to look at; not just growing hemp but ensuring we have the processing / industrial facility to process the hemp here. We are not just exporting. That is what is going to bring the higher value job and the higher earning,” he said.

Dr Ali said Guyana needed to pass the legislation governing hemp and enter the industry quickly because it has a “short shelf life” . “If the industry is not matured in a short time span, the you’re locking yourself out of the competition to get into the sector,” he said.

Officials hailed the opening up of new roads as a means of making more lands of available for development and job creation.