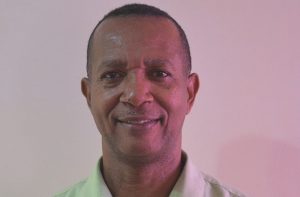 The President of the Amateur Athletics Association of Guyana, Aubrey Hutson on Tuesday said talk that the Guyanese team at the CARIFTA Games in Jamaica was short of cash for COVID tests an extra night’s food was due to  a wrong calculation by the Team Manager but at all times money was available to send to the team.

He explained that Guyanese organisations in host countries usually pledge support to the team and at no time are offers turned down, but the AAAG always has sufficient funds to cover expenses.

In this particular instance, Mr. Boston said word of the need for the additional funds g0t into the wrong hands and was exploited for political reasons. “The Team Manager would have reached out to somebody in Jamaica regarding the whole COVID-19 situation and then I think in her calculation- because when I spoke with her on Sunday, she said we’re coming home on Wednesday- but the flight is Wednesday afternoon, what’s going to happen with meals Wednesday morning and probably lunch Wednesday midday, she said ‘shucks I didn’t calculate for that’,” he said. Mr. Boston said the Team Manager mentioned those two needs “not with the intention of creating this kind of controversy that is happening right now.”

He appealed to those who might have issues with the government to keep the AAAG out of it. “I don’t want my tour to be part of the political fray so my disappointment was it being used in that manner and secondly being used even before the athletes stopped competing,” he said.

The issue first surfaced when Attorney-at-Law Nigel Hughes described as embarrassing that the team of athletes from oil-rich Guyana needed additional cash for the COVID tests and meals through Wednesday when they were due to return to Guyana. “I have attached below the WhatsApp exchange I had yesterday with Mr. Hutson about the transfer of the funds after I had spoken to him on his phone about the need for funds for COVID and meals for the athletes,” said Mr. Hughes.

Even hours after stating that his law firm, Hughes, Fields and Stoby (HFS) had mobilised and sent the cash, Mr. Hughes found himself providing evidence in his bid to prove that the team actually needed the cash and that he had communicated with Mr. Hutson. The lawyer also posted a video of a Jamaica-based Guyanese appealing for help for the Guyanese athletes.

But earlier Tuesday, the AAAG President explained that a lot of the pledges have not been received as yet but “I am very, very confident that I am going to get it.” Despite the delay in the pledges, he said the team had walked with US$3,000 but arrangements changed and the cost of the COVID test turned out to be more expensive at a private laboratory because they were due to depart on Wednesday. “It would have been covered. It wasn’t a crisis situation…Yes, there was need for assistance and I would have sent that assistance from Guyana or if we found someone in Jamaica who was willing to do it, then ‘yes’ we accept it,” he said.

Of the US$3,000, the AAAG official said a games levy of US$150 per person had been budgeted for but on arrival in Jamaica, the arrangements changed and the Guyanese team was required to spend an extra day on that Caribbean island. Mr. Hutson said an extra US$450 was sent to the Team Manager. “If there was another situation coming up, there was nothing stopping me from sending more money to the Team Manager,” he said, adding that there was no need to contact the Guyana Olympic Association or the Guyana government for additional help.

Minister of Sport, Charles Ramson chided Mr. Hughes for not only failing to enquire from his Ministry what was the status of support from the Guyana government for the country’s participation in the CARIFTA games but also seeking the score points for the aid he planned to send.  “Further, if Hughes and his band of mischievous acolytes were really well-meaning as he seeks to suggest, they would have assisted without seeking public approbation let alone to write a self-serving Facebook post about the nominal assistance he intends to provide,” Mr. Ramson said.

The Minister said the Guyana government provided GY$3 million for this country’s participation in the CARIFTA games and government stood ready to provide additional assistance for the COVID tests and meals if required.