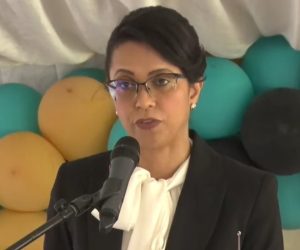 The Guyana Bar Association (GBA) on Tuesday recommended that the procedure for appointing a Chancellor and Chief Justice be changed after decades-old failure by the opposition and the government to reach consensus on appointing substantive office holders since 2005.

GBA President, Attorney-at-Law Pauline Chase said the time has come to find better approach to appoint those two top judicial officers. “I, therefore, urge and call on those who the duty so falls to start the consultative process and put into motion the machinery to address the correction of this unworkable and failed formula,” she told the opening of Guyana’s inaugural Law Week.

Guyana’s Constitution states that the Chancellor and the Chief Justice are appointed after “obtaining the agreement of the Opposition Leader” but the Opposition Leader at any given time since 2005 has never agreed with the sitting President’s nominees for those two top judicial posts. That has resulted in they acting in those posts until their retirement.

The GBA President lamented the failure of the existing mechanism to produce a substantive Chancellor and Chief Justice. “It is, therefore, inimical to the rule of law that there are acting appointments of our highest judicial officers. The absence of confirmed judicial officers since the amendment of the constitution for their appointments some 20 years ago is no clearer evidence that that system is not working,” she said.

Describing the absence of substantive office holders as an “embarrassment state of affairs” that needed to be corrected swiftly because it “adversely affects our standing the world in the Rule of Law Index and as a democratic society.”

Then President of the Caribbean Court of Justice (CCJ), Sir Denis Byron had frowned on the protracted delay in appointing a substantive Chancellor and Chief Justice.