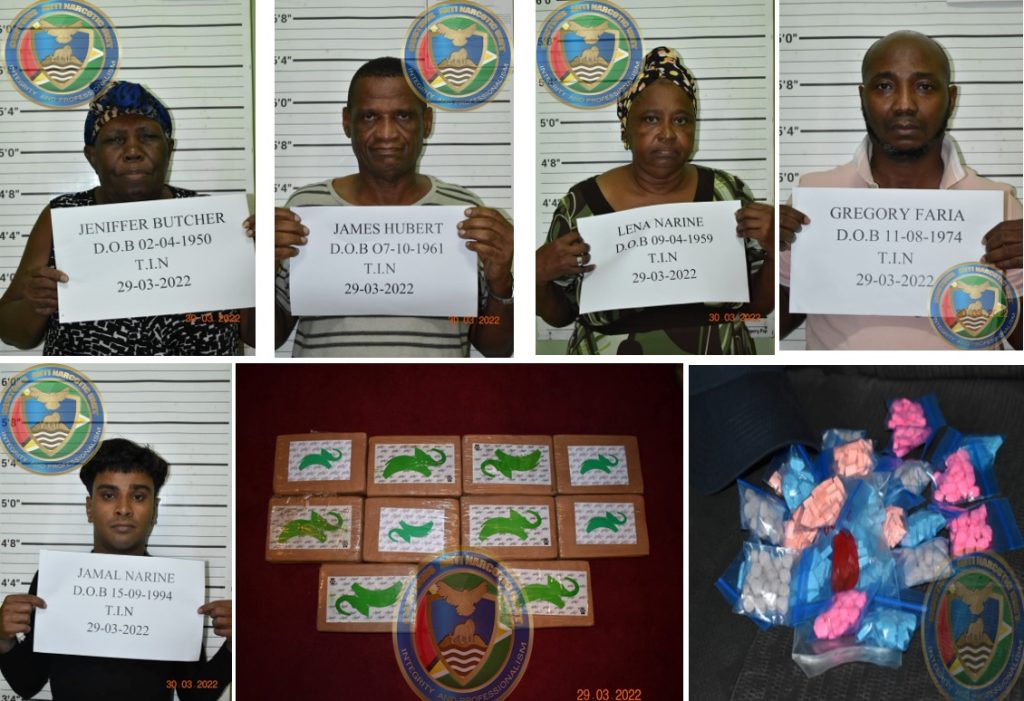 That agency said five persons were arrested on Tuesday at a house at 295 Shantiniketan Street, Prashad Nagar, Georgetown. 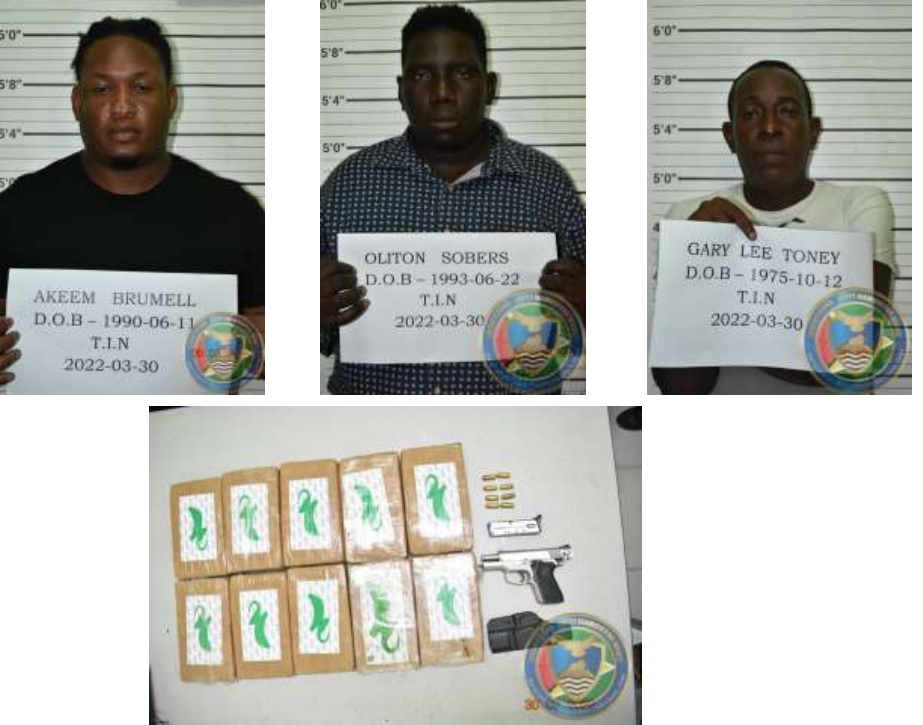 And across at Tuschen, East Bank Essequibo, three persons  were arrested on Wednesday allegedly with a gun, ammunition and more than 11 kilogrammes of cocaine valued at GY$12 million.

CANU says the men were intercepted in a Route 32 bus with the narcotics. The anti-drug agency says it also found one pistol and eight matching bullets.