Director of Food and Drugs Dept stripped of responsibilities 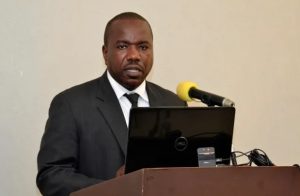 The Director of the Ministry of Health’s Food and Drugs Department Dr. Marlan Cole was Friday officially stripped of his responsibilities and reassigned in what is being regarded as a demotion.

“You are instructed to meet with the  Chief Medical Officer and the Director of Standards and Technical Services to discuss your scope of work, the specifics of your new role and the activities to be undertaken in that regard,” Permanent Secretary of the Ministry of Health, Malcolm Watkins told Dr. Cole.

Late last year, the High Court had ordered him to release GY$4 million worth of Brazilian products that had been seized from a businessman, Annandram Persaud, of Industry, East Coast Demerara. Then Health Minister Dr. George Norton had also sent Dr. Cole on administrative leave.

Dr. Cole, who  has worked with the Ministry of Health for 27 years and is a fixed establishment employee since 2013.

The Permanent Secretary told Dr. Cole, in the letter that was copied to Health Minister Dr Frank Anthony, that the “administration requires you at this juncture to work closely with the Director to assist with the capacity building of the Department of Standards and Technical Services, with particular focus on quality control.”