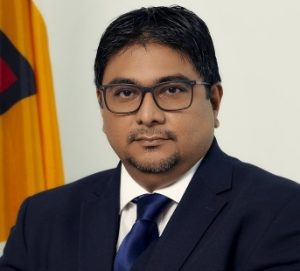 Mr. Datadin said the Local Content Act does not prohibit nationals from sister CARICOM member-nations from working in Guyana’s oil and gas sector but merely concretises the Production Sharing Agreements between the international oil companies and the Guyana government in the area of local content.

The Attorney-at-Law explained that nationals from sister-nations in the CARICOM Single Market were free to come to Guyana to work but they would not be legally classified as local content. “The Trinidadian is free to do whatever job he wants. He is just precluded from that one employer but he is free to do as he wants. Now, the country has given to that one employer tax free and other benefits in return for them employing the people. There is nothing wrong with that. That is standard investment practice around the world,” he said.

He said sister CARICOM nationals and ExxonMobil were free to do business with each other “but it will not be classified as local content so the obligation that they have contractually with the government, they can’t use that relationship towards it; that’s all it means and I don’t see what’s discriminatory about that.”

Stressing that “free movement does not change”, he said the Local Content Act links the the obligations that the petroleum companies have under the Production Sharing Agreements  and now  “delineates what is local content.”. “They came here and as a concession to their investment, they promised to employ Guyanese which is a very ordinary trade investment relationship,” he added.

The CPSO, meanwhile, maintained that its Executive Committee meeting of January 11th, 2022, believed that the Local Content Act “appeared to contravene various provisions of the Revised Treaty  of Chaguaramas which governs the CARICOM Single Market.  That organisation said that the executive agreed by consensus that they should ask the lone Guyanese business representative on that decision-making body, Suresh Beharry, to be the interlocutor between the CPSO and the Office of the President  to “discuss the sensitive issue.” The CPSO said that depending on the outcome, the matter would be raised with the CARICOM Secretariat. “The CPSO, does not claim to be the arbiters of right and wrong on matters which appear to subtract  from settled rights emanating from the RTC. The CPSO, however, has been charged with the  responsibility to raise issues and seek consultation and possible resolution of such on matters  pertaining to the full implementation of the CSME (CARICOM Single Market and Economy).

The PSC reiterated its support for the law whose aims and objectives are to ensure that Guyanese companies and nationals’ benefit from the Oil and Gas sector. The local umbrella business organisation sought to discredit the CPSO, saying that it does not represent the private sector in Guyana. “The PSC questions the legitimacy of the CPSO which constituency consist of some Pan Caribbean companies noting that the organisation does not represent the interest of the local private sector.”

Meanwhile, the President of the Georgetown Chamber of Commerce and Industry, Timothy Tucker also said the Local Content Act does not flout the CARICOM Treaty. “The Treaty accommodates flexibility in terms of national development for each of its member states,” he said, adding that Trinidad and Tobago, and the Organisation of Eastern Caribbean States have their own mechanisms to protect their markets. He said the reality is that the Treaty was being violated for years with “complete disregard” for the regime. He advised that the Treaty be examined in totality rather than piecemeal.

Mr. Tucker said it would be unfair and unacceptable to have an industry in a country where nationals could not participate. “I don’t think anybody would accept that,” he said. The GCCI President noted that Trinidad and Tobago had developed a local content policy because that country’s experience had been almost the same as Guyana’s current challenges.

During parliamentary debate on the Local Content legislation, A Partnership for National Unity+Alliance For Change (APNU+AFC) parliamentarians David Patterson and Khemraj Ramjattan had warned that the Bill would breach the Revised Treaty of Chaguaramas. Attorney General Anil Nandlall had sought to assure the opposition that government was prepared to deal with that if the need arose.