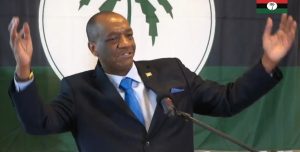 People’s National Congress Reform (PNCR) member, Joseph Harmon on Thursday night launched his campaign to be the next party leader, promising to be at the helm of bringing back disenchanted supporters, attracting cross-racial backing and uniting the party.

Speaking at the launch of his campaign  held at the Herdmanston Lodge, Queenstown, Georgetown, he also promised to ensure that the PNCR is properly financed and that the party’s youth and women arms have sufficient resources to do party work.

Among those present was PNCR General Secretary Amna Ally.

Reacting to a sharp critique by Opinion Writer, GHK Lall, Mr Harmon described it as a “whole bunch of crap”  and “I’m not afraid of what you write” because people like him are uttering messages that are “scripted by the installed regime.” 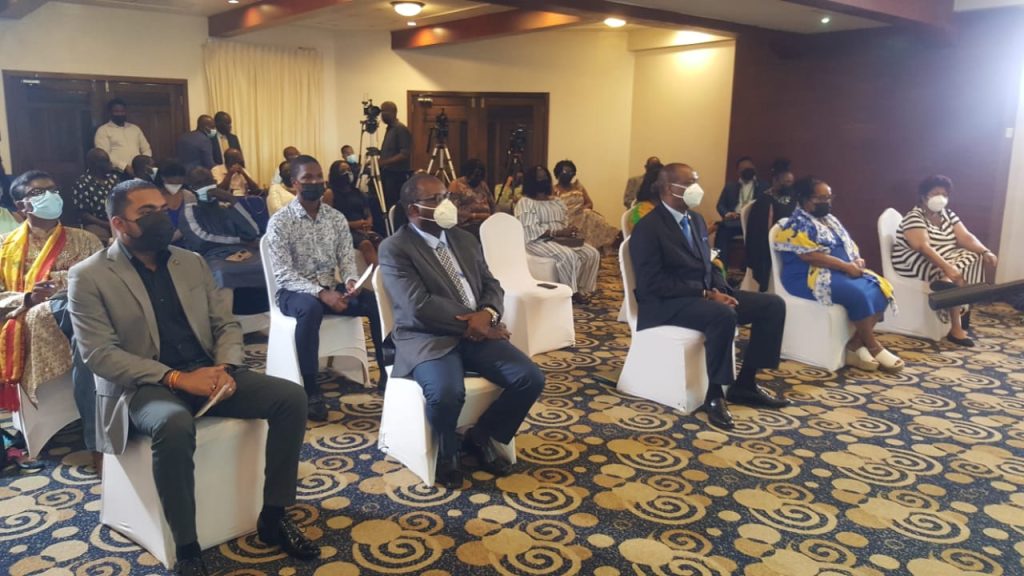 A section of the attendees at the launch of Mr. Joseph Harmon’s campaign for the leadership of the People’s National Congress Reform.

While confident of victory, the PNCR coopted executive member pledged to work with whoever comes out as the winner of the upcoming Congress expected to be held in early December.

He conceded that the PNCR has been weakening but pledged to use teamwork  rather than attacks and vitriol to reenergise and reorganise the party so that it could be ready to regain State power.

“Our party is hemorrhaging. I believe that we are at a place we have to take stock and regroup,” he said. In his 10-point agenda he stressed tge need to heal and unite the PNC because “that is how we are going to beat the PPP.

“That unity will require us going out and reaching out to our comrades. Many persons, who feel that they have been treated in a bad way in some way or the other, we need to reach out to them. We need to give give them a hug so the first phase of unity is basically reaching out and bringing home of our comrades,” said Mr. Harmon a retired military officer.

He also announced that he would be placing a high priority on education, training and employment opportunities as well as examine the conditions under which party members are working.

In clear reference to the fact that the PNCR’s significant majority support is from among Afro-Guyanese, he set himself the goal of ensuring that his party is inclusive. “I believe that this is something, as leader, that I would work very hard to ensure that inclusiveness in our party,” he said. He stopped short of saying that he would work to ensure that the PNCR attracts greater support from among East Indians and other race groups. “The party must reach out to every sector of this society. They must reach out to every ethnicity and broaden that base; people must feel at home i the PNCR,” he said.

Noting that youths would be the largest voting block in Guyana by the next elections and so it would be political suicide not to organise young people through the Guyana Youth and Student Movement (GYSM). “As the Leader, I intend to give more resources to our Guyana Youth and Student Movement. I  intend to see it reorganised. I intend to see it reaching out to young people all across this country and having them as part of this organisation because we cannot deal with the issues of young people unless they are organised in some way,” he said. A similar promise was made in support of the PNCR’s women’s arm.

Mr. Harmon also offered to place the PNCR on a “sound financial footing” through business initiatives  if he is elected leader rather than going “cap in hand” during general and elections campaign. “Our party must be an election machinery that is well-oiled. Our party must not be a party that deals in these matters in an episodic manner. It must be consistent, well-oiled machinery that goes from one election to the other instead of jump here and jump there,” he said.

Over the decades, the PNCR has depended on large donations or the sale of real estate in order to fund their election campaigns.

Mr. Harmon wants to reestablish fraternal relations with other political parties in the Caribbean and elsewhere.

Other contenders are Aubrey Norton and Richard Vanwest Charles.