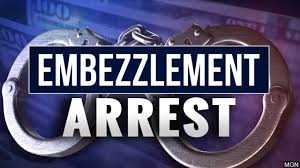 A Region Nine District Development Officer (DDO) has been accused of embezzling more than GYD$800,000 after several employees of the Aishalton District complained that they had not received salaries

Police said an internal investigation was conducted and revealed that a total of GYD$867,144) could not be accounted for and belonging to the said complaining employees.

According to the Guyana Police Force, the suspect then fled the Aishalton District and are part was made to the police on June 8, 2021 and the suspect was arrested and placed into custody.