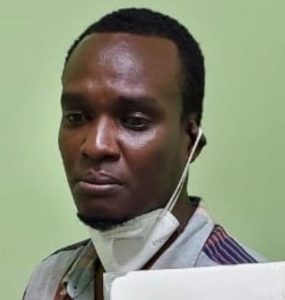 An outgoing passenger has been arrested after Customs Anti-Narcotic Unit (CANU) agents allegedly found 1.520 kilogrammes of cocaine in hand luggage belonging to him, that agency said Wednesday night.

He has been identified as Adyemi Dumisani Hinds. CANU said he was arrested after CANU officers at about 10:36 Tuesday night “pulled a small, black hand luggage” at the screening point at the Cheddi Jagan International Airport “based on suspicion”.

Hinds, said to be a gold miner and resident of Iguana Drive, North Ruimveldt, was scheduled to leave for the United States on a JetBlue flight.

The anti-drug agency said the man was arrested and cautioned after a probe of the luggage revealed a white powdery substance. At CANU’s headquarters, a test reportedly confirmed that the substance is cocaine. “At CANU Headquarters, officers removed the substance which was located at the bottom of the luggage in the presence of the suspect and performed a narcotic presumptive test which gave a positive result for cocaine,”  CANU said.

Hinds is expected to be arraigned on a charge of possession of cocaine for the purpose of trafficking at the Diamond Magistrates’ Court.