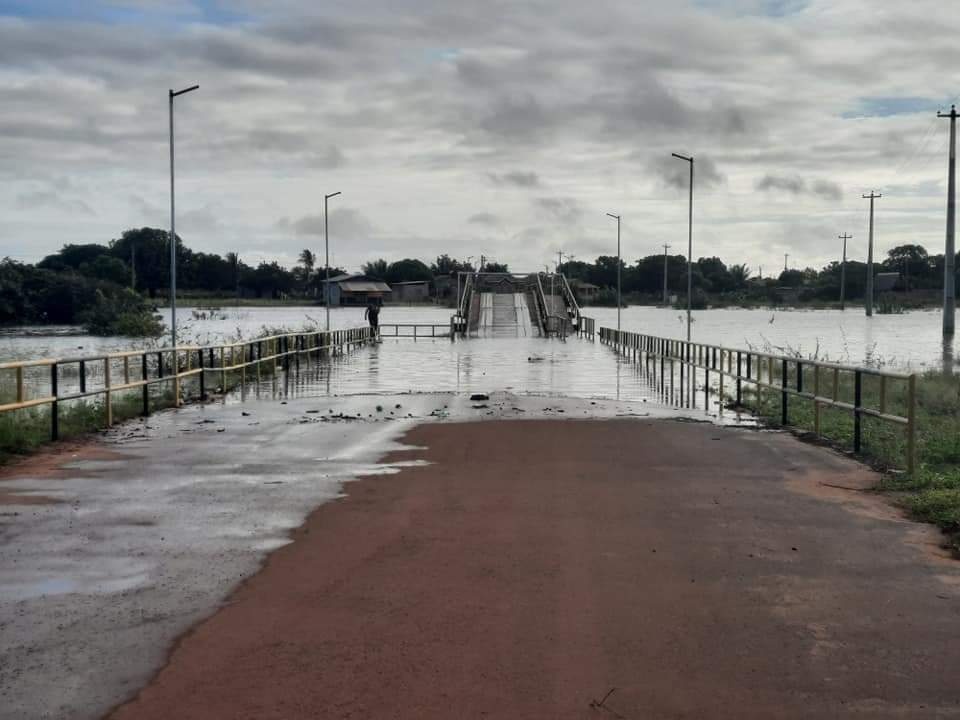 “Those rivers in Brazil, including the Amazon, are flowing and pushing back the water to the Takatu River. All the communities along the Takatu River will be affected. The Rupununi River is also high so that is affecting Sand Creek and those areas,” he said.

The Civil Defence Commission (CDC) said the floods are being caused by “seasonal rainfall”.

He said residents and businesses in Lethem, the regional capital town, were also bracing themselves for severe flooding as the water level there has been rising steadily. “Right here in Lethem, the water is rising rapidly and a bridge that connects Lethem to St. Ignatius , water is already on the dam already,” he said.

He said mud brick houses were under severe threat because they are very vulnerable to moist conditions. “Once the soil is damp around, it also means that that the mud is going to be damp and the wall will start cracking and so on,” the Regional Executive Officer said.

Mr. Singh said relief efforts were also being coordinated with the Civil Defence Commission (CDC), the government’s emergency response agency, and preparations would be made to eventually assist farmers when the flood waters recede. 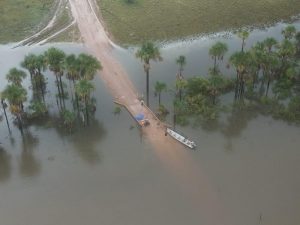 The Regional Executive Officer said among the worst hit is Baishaidrun village. That Deep South Rupununi village, which has about 35 households, is under more than two feet of water. “All their farms- all the cassava, all the eddoes, all the provisions and so on are under water so that is how severe it is,” he said. Mr. Singh said the village, located about 200 kilometres from Lethem and close to the Takatu River, has been virtually cut off by the flood waters. “Right now, I have in my possession some food supplies but I am unable to get there because of the accessibility,” he said.

Also affected are Shea Village, another Deep South Rupununi village, where 15 farms are under water.

In the South Central Rupununi village of Sand Creek, the Regional Executive Officer said water has affected houses and residents could not access their farm lands.

The Regional Executive Officer said the CDC has dispatched 300 hampers which were expected to arrive by road Monday night. He said the Region Nine administration has also purchased another 300 hampers.

Meanwhile, residents of Deep South Rupununi are urging drivers of heavy duty vehicles not to cross the Karaudar village bridge because the support has been damaged due to force of the river and erosion.

The CDC said authorities in Region 9, and all other Administrative Regions across Guyana, were being urged to be alert and activate their Regional Response Mechanisms as required and in keeping with their Regional Disaster Preparedness and Response Plan.