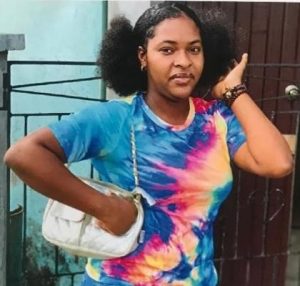 The 17-year old student of Stewartville Secondary School, who was reported missing earlier Friday, was found at her adopted grandmother in Berbice, police said said.

Investigators said the Stephanie Doris was questioned and released back into the care of her grandmother.

She was questioned and released into the custody of Brenda Gravesande, her adopted grandmother, police said.

Police said a missing person report was made on April 27, one day after she was last seen.