DPP agrees with Donald Rodney: No evidence of possession of explosives in 1980 when Walter Rodney was killed 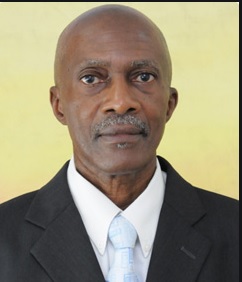 Thirty-six years after Donald Rodney was found guilty for being in possession of explosives- a walkie-talkie with an explosive device-that killed the co-founder of the Working People’s Alliance, Dr. Walter Rodney, he is appealing the conviction on the grounds that there was no proof it was an explosive.

His Defence Lawyer, Sanjeev Datadin, also wants the Court of Appeal to find that Magistrate Norma Jackman erred in convicting  and sentencing to prison Donald Rodney for 18 months because he had been charged under the wrong section of the National Security Act that has since been repealed.

The Director of Public Prosecutions (DPP), Shalimar Hack said because that law had been appealed it was a “waste of judicial time.” But the Chancellor of the Judiciary, Yonette Cummings disagreed. “We have to consider this point simply because the appellant was charged under this particular section and albeit it doesn’t exist because a charge is hanging over his head under this section…. The offence still remains…The subsequent appeal does not remove the fact that he has been charged,” she said.

The DPP also said her ‘green books’ show that the charge was valid.

Walter Rodney died in an explosion on June 13, 1980 while seated in his car on John Street, Georgetown, a short distance away from the Georgetown Prison. But the Attorney-at-Law told the Court of Appeal that no scientific evidence or expert witness had appeared before the court to state that batteries and transistors that had been found at the scene had been explosives.

The DPP said it has to be taken on the face of it that there was no evidence that it was an explosive. She also agreed with Mr. Datadin that no evidence was provided to show that the components were analysed as those having been part of an explosive.  “The State’s position is that there is no evidence in the record of an expert witness,” she said, adding that two police officers and then Government Pathologist, Dr. Leslie Mootoo had given any evidence that they had analysed anything that had been found at the scene.

Mr. Datadin remarked that cars are very combustible objects and could easily explode. “Cars are inherently combustible… having an explosion and  being in possession of an explosive are two different things. Cars have been known to explode on their own,” he said. He said the prosecution failed to prove possession by way of knowledge and control and the Magistrate erred in her conviction on the basis of strict liability.

The lawyer also urged the Court of Appeal to consider the findings of a 2015 Walter Rodney Commission of Inquiry Report, even as he acknowledged that would be an unusual path because the Court could only deal with what is in the record of the case.

The Chancellor of the Judiciary stated that the Court could only make a decision on what transpired in the Magistrates’ Court. “We are concerned within the narrow ambit of the charge and whether the Magistrate has sufficient evidence, whether the Magistrate was correct or incorrect…We are concerned with what was placed before the court and, if what was placed before the Court was insufficient to sustain the conviction, this Court will boldly say so and that is how we have always done our cases,” she said.

But the Defence Lawyer was quick to point out that he was not asking for the findings of the Commission of Inquiry to be binding on the Court of Appeal. “We only ask that the Court not close its eyes to looking at what another tribunal has done and what the findings of that tribunal were , not as it relates to binding this court to accept those findings as the new findings, not at all,” he said.

Donald Rodney was charged with possession of explosives on June 24, 1980, convicted on February 26, 1980 and ever since has been on bail pending appeal.

The Chancellor of the Judiciary queried, “If the magistrate did not have evidence before her , how then the charge could have been proven?”

Mr. Datadin said a statement that Donald Rodney had given at the time of his arrest had been read in court but now could not be found. In its absence, the lawyer referred to a government-owned and controlled Guyana Chronicle newspaper article, but the Chancellor said the Court could not accept that as evidence.

The lawyer added no evidence had been led to show that Donald Rodney had not been entitled to be in possession of explosives.

Due to the conviction, Donald Rodney, who is a lawyer, cannot practice in Guyana.

Dr. Rodney was killed at the height of intense political tension. Mr. Datadin said Donald Rodney contended that there had been suppression of evidence, the record was fixed or adjusted against him and the involvement of Mr. Smith both would all “fall at the doorstep of the State.”

The Chancellor disagreed that Donald Rodney’s constitutional right to a fair of hearing because he had been absent for some time when the case had been called up.