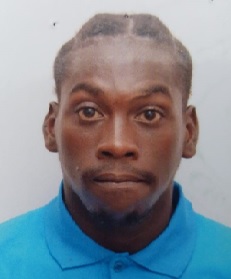 A resident of Sophia, Greater Georgetown is wanted by police in connection with the stabbing death of  a mason  during an argument over a bicycle earlier this month, police said.

Police are on the manhunt for 23-year old Martin Blair of 578 ‘D’ Field, Sophia, Georgetown. He is also a mason.

Investigators are treating the stabbing death of Daniel Boutrin of 157 Guyhoc Park, Georgetown on March 13 as a “murder”.

Police said Blair’s sister was involved in a relationship with Boutrin.

Investigators have so far been informed that Boutrin was at the Blair’s parents’ home when he and the suspect had an argument over a bicycle which the now dead man had borrowed from the suspect during late last year and lost it.

The deceased was stabbed on his left side chest and after a short run he fell to the ground.