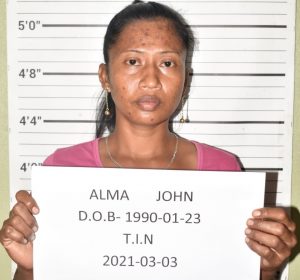 A mother of three and her suspected handler were Friday remanded for allegedly trafficking in 45 kilograms or marijuana, the Customs Anti-Narcotics Unit (CANU) said.

Mr. Armogan is accused of being the principal offender who made arrangements with several persons to procure and trafficking in the narcotic.

Ms. John is jointly charged with Armogan. Investigators say Ms. John stored the narcotic at her home and assisted in wheeling the drugs to and loading into a vehicle. 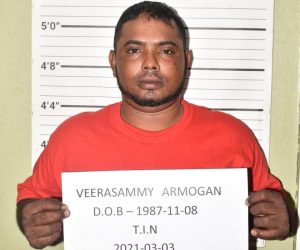 The mother of three children was unrepresented and emotionally begged for bail during her arraignment.

Defence Counsel Keoma Griffith, who represented Veerasammy Armogan, was unable to secure bail for his client.

Both defendants were remanded until March 26 when they are required to return to court.