Linden PNCR member resigns from party, denies being bought out by PPP 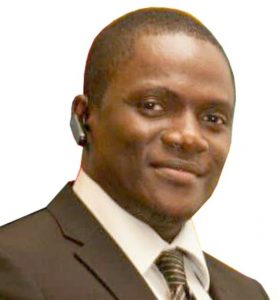 Linden town councillor, Lennox Gasper has resigned from the People’s National Congress Reform (PNCR),  saying that he reached his limit of tolerance with the party after this week’s performance by the opposition in the National Assembly a day earlier.

“Not surprisingly and true to form, even as the country reflects this week on the dreadful events post March 2, 2020, the opposition members of Parliament engaged in the most distasteful tactics to derail the passage of this year‘s budget in the national assembly, openly trampling on established Parliamentary protocols and outrightly disrespecting the Speaker of the House,” he told PNCR General Secretary in his resignation letter dated March 3, 2021.

He was referring to the incessant banging of desks in the National Assembly and chanting by opposition parliamentarians after they failed to get House Speaker Manzoor Nadir to discuss Minister Kwame Mc Coy’s alleged assault of opposition lawmaker, Tabitha Sarabo-Halley.

Efforts to contact the PNCR General Secretary were unsuccessful.

Mr. Mc Coy has denied the accusation but the opposition has vowed not to return to the House until he is removed. The Clerk of the National Assembly Sherlock Isaacs on Friday said the police were still investigating the allegation and no meeting has been scheduled to deal with the issue.

In his resignation letter, he urged the PNCR councillors and local party representatives to work with the People’s Progressive Party Civic (PPPC) administration for the development of Region 10 (Upper Demerara-Upper Berbice). “I served and wish everyone and my former Municipal Councilors and local leaders the best in the future. I sincerely hope that they can remove their political blinders and smartly work with the new government to help develop the Town of Linden and Region 10 for the better,” he said.

When contacted by News-Talk Radio Guyana 103. 1 FM/Demerara Waves Online News, he rejected suggestions that he has been bought out by the PPP but said he has not yet decided whether he would endorse the governing party. “People will always have something to say and, in my opinion, once you cannot prove what you are claiming, it’s just an allegation. Nobody bought me out and I am not up for sale,” he said.

He defended his decision to call for Lindeners to back the government, saying that once there is a government “you have to work” with the administration to push developmental programmes regardless of which party is in power.

Mr. Gasper said the PNCR has failed his expectations of improving governance and serving Guyanese generally and in particular his hometown of Linden with a rescue plan that included more jobs.  More than one year after the March 2, 2020 general and regional elections and the subsequent five-month long delay for a declaration,  he told the PNCR General Secretary Amna Ally that that party suffered a “devastating defeat” in the 2020 elections but “chose instead to revert to its old gestapo tactics of attempting to rig the results in its favour, dragging our hard-won democracy through the gutters for five long months.” He also harkened back to 2015 when the  David Granger first assumed power and increased the salaries of ministers while at the same time increasing taxes.

Mr. Gasper said PNCR local leaders were being coerced to block developments such as increasing the housing stock in the Region. He also expressed concern about the opposition opposing for the sake of doing so.

Asked if ever raised any of concerns with the PNCR before quitting, he said since the 2020 elections there had been little communication with him because he had refused to go on the radio after no one could have provided him with Statements of Poll to prove that the polls had been rigged.

2021-03-05
Denis Chabrol
Previous: Opposition can discuss oil sector with govt in Parliament; no talks with Harmon unless he recognises govt— Ali
Next: Opposition Leader says ready to talk with President, side-steps call for recognising gov’t