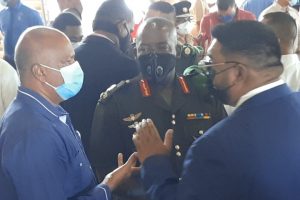 President Irfaan Ali on  Thursday recommended a wide-ranging modernisation of the Guyana Police Force to enforce updated laws to improve safety and security of Guyanese.

Outlining a series of recommendations in his address to the opening of the law enforcement agency’s 2021 Officers’ Conference, he said the force needs to examine its current situation and where it wants to be in step with the country’s future development.  “You could have the latest advancement and modernisation of the legal system but if you don’t have the corresponding development of the security sector; the police that administers a lot of what happens then you would have a gap and the system looks sluggish where the laws are far in advanced as to where we are operating,” he said.

The President recommended that the police force conducts an internal and external gap analysis to determine the skills, professional attitude, commitment, resources and loyalty as well as the social behaviour, community change, working conditions, bilateral arrangements and internal changes.

Dr. Ali said that approach would allow the force to  strengthen its capacity on the 10 administrative regions, engage communities , integrate with other organisations, build regional intelligence apparatus and decentralise quick response to serious crimes instead of depending on the Major Crimes Unit. “The future would not give us time to send us what is normally termed a high-level team from the Major Crimes Unit to investigate something two days old in a different region. We have to have capacity in the regions,” he added.

The President said the restructuring process requires a “clarity of vision, not mixture of vision” through a singular approach to provide Guyanese with a high quality of service. He noted that he has spoken with 20 officers and they all give a different version of their vision.

The President also recommended that the police officers devise a 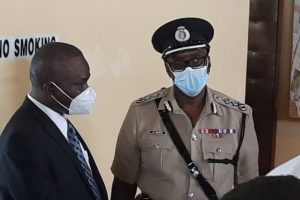 “You can have the best product but if you have a bad brand you have problems,” he said, noting that the police force has talented, highly qualified and skilled officers. 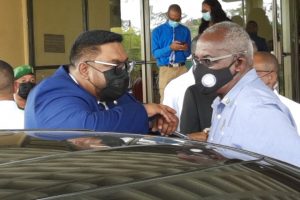 President Ali also charged the police force to improve systems, manpower, attitude, reliability and use technology by revising its training, improving attitude collectively and individually, improving reliability. In the area of technology, he said the new highways would include technology, many new features such as watchtowers, lightning and outposts.  He said the police force has to become people-oriented and unlearn existing habits. “You can’t have lone-rangers. You have top act as an organisation, behave as an organisation. You depend on each other,” he said. Additionally, he cited the need to improve integrity, involve the community and support their initiatives to build trust and harmony while breaking the barriers of division.

Dr. Ali called on the police force to build its intelligence capacity and networking with key organisations to become proactive rather than reactive. The police force, he said, must set goals proactively instead by merely reacting to the levels of crime. “We need to retool, identifying training needs, having a gap analysis done relation to what training is required and building aa training programme that respond to that gap analysis, not the traditional training programme that we go through all the time in a monotonous way,” he said.

Retooling, he said, would include an examination of the working environment and conducting a methods analysis. He hoped that retooling would make the police force more visible, repair its image, relationships, organisational structure and the brands through professionalism, people and patriotism.