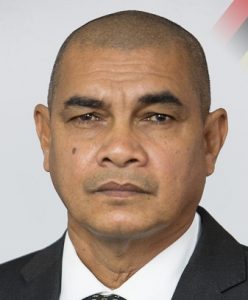 A Partnership for National Unity+Alliance For Change (APNU+AFC) parliamentarian, Haimraj Rajkumar has reported that his electronic tablet has been stolen at the Arthur Chung Conference Centre where sittings of the National Assembly are being held.

Mr. Rajkumar, who is a former Minister of Business, told police that on February 26, he placed the tablet in his computer bag at the Arthur Chung Conference Centre, Liliendaal and on February 27, while at his residence in Cummings Lodge, “he made checks for the tablet and discovered that it was missing.”

His fellow AFC parliamentarian, Cathy Hughes, also on February 24, 2021 reported that her laptop was removed from her briefcase that she had left in the Centre’s dome where parliamentary sittings are being held. Hours later, she said a policeman found her laptop behind her seat in the dome.

That contrasts with Ms. Hughes’ account that she had been speaking with another parliamentarian, Coretta Mc Donald, and shortly before going to lunch she had left the laptop in her briefcase.