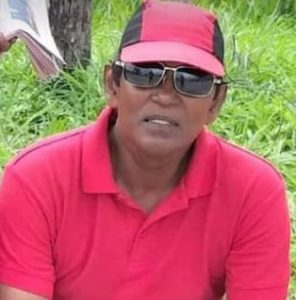 The PPP later briefly commented on Majeed’s passing. “The party expresses its condolences to the relatives and friends of Comrade Majeed Hussain, who passed away earlier this morning.”

Former President and PPP Executive Member , Donald Ramotar expressed grave sadness and shock at the passing of Majeed. “I am a really shocked and upset. we have lost a really good and hard working comrade, a very good organiser,” Mr. Ramotar said.

He described Majeed as a “very helpful guy”. “I am really shaken that this young man has passed on at a time when we need really conscious political people who are working for  the development in Guyana,”  the former President said.

Mr. Ramotar recalled meeting Majeed for the first time in 1997 general election campaign and from that time he was regarded as an organiser.

Noting that Majeed would be missed, Mr. Ramotar extended sympathy to party comrades, wife and children my deepest condolences.

Majeed, despite having been a staunch PPP supporter, got along quite easily and was a friend with several longstanding People’s National Congress Reform (PNCR) supporters, a number of whom had together attended international youth conferences.

Majeed and now head of the Guyana Office for Investment (GO-Invest), Dr. Peter Ramsaroop had been in the Chamber of the National Assembly in December 2018 when then government lawmaker Charrandass Persaud had voted for a PPP-sponsored no-confidence motion.

Immediately after the vote, Majeed and Dr. Ramsaroop escorted Persaud through the back entrance of Parliament Building into a waiting car.

Majeed was also key organiser of the PPP’s ‘Guardians of Democracy’ that kept round-the-clock vigils outside the Guyana Elections Commission and at the Arthur Chung Conference Centre before and during the recount of the votes cast in the March 2, 2020 general and regional elections.