Guyanese ex-policeman extradited to US to face drug trafficking charges 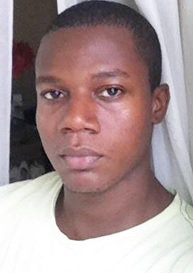 Shawn Neblett, an ex-policeman was Friday extradited to the United States (US) to face drug trafficking charges, an American embassy spokeswoman said.

From all accounts, he lost his defence before a Guyana Magistrates’ court to show cause why he should not extradited to the US,

The US Embassy spokeswoman confirmed that Neblett was removed from Guyana on Friday in accordance with the extradition agreement between Guyana and the US.

Demerara Waves Online News understands that Neblett was picked up from the Camp Street prison by ranks of the Federal Bureau of Investigation (FBI) and placed on a New York-bound plane. He was expected to be arraigned before judge on cocaine trafficking charges.

In 2019, extradition proceedings were commenced against Neblett in the Georgetown Magistrates’ Courts after the discovery of 4, 178 grams of cocaine at the Cheddi Jagan International Airport (CJIA) in January, 2017.

The cocaine was found in four parcels inside Neblett’s suitcase while he was an outgoing passenger at the CJIA. Following a Preliminary Inquiry, a City Magistrate ruled that there was sufficient evidence to warrant his extradition to the USA.

Police in Guyana had arrested him while he was about to leave the country illegally for neighbouring Suriname.

Thomas was charged with second-degree murder in relation to the killing of 20-year-old Keith Frank, a Guyanese which occurred on December 11, 2011, at Richmond Hill, New York. He has also been charged for gun possession and inflicting injuries upon Dr Katherine Maloney. The US Embassy here in Guyana had said that Thomas’ extradition marked a precedent.