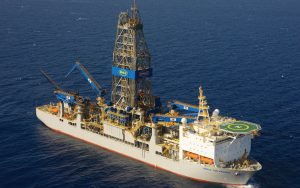 The Noble Tom Madden was previously contracted until mid-February 2024, and the additional term will extend the rig contract to mid-August 2030.

According to the company, the rig day rate will be updated at least twice per year subject to a scale-based discount and performance bonus under the CEA which also provides ExxonMobil the flexibility to transfer awarded term between the Noble Don Taylor, Noble Bob Douglas, Noble Tom Madden, and Noble Sam Croft.

Guyana’s GDP of US$ 6.81 billion (2020 World Bank Rank: 150) is expected to more than double by 2025 to reach US$ 14.08 billion. Guyana is a middle-income country and is covered by dense forests, and is home to fertile agricultural lands and abundant natural resources. Gold, bauxite, sugar, rice, timber, and shrimp are among its leading exports.

In 2000, the U.S. Geological Survey identified the Guyana-Suriname Basin as the second highest resource potential among unexplored oil basins in the world. Several companies have been involved with exploration and drilling activities over the years, including: ExxonMobil; Esso; Hess; Repsol; Anadarko; Total; Tullow Oil and CGX Energy.

ExxonMobil made the first commercial discovery in Guyana in 2015 and started production in December 2019; in September 2020, ExxonMobil has made its 18th discovery offshore Guyana at the Redtail-1 well. Guyana is projected to be among the world’s largest per capita oil producers by 2025