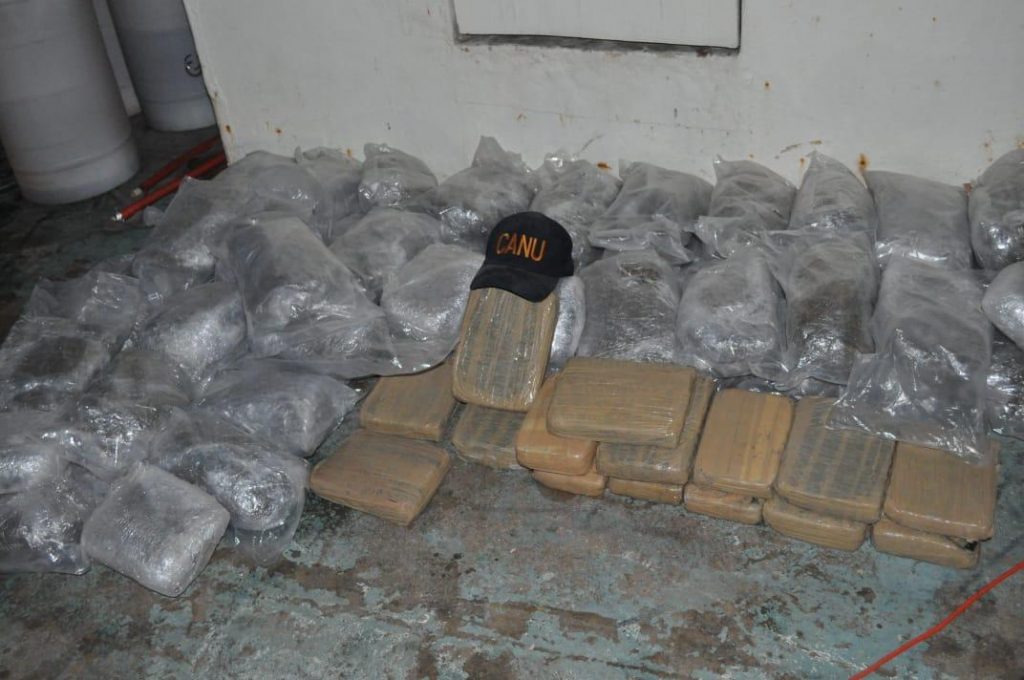 Mr Singh said the seizure was part of an ongoing operation by the anti-drug agency which is a department of the Ministry of Home Affairs. “This was part of an ongoing investigation and I am happy to see that it has borne fruit and I am look forward to supporting the current CANU team,” Mr Singh told Demerara Waves Online News/News-Talk Radio Guyana 103.1 FM. 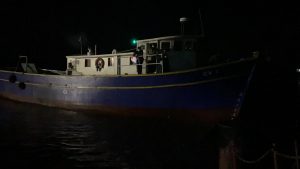 The Barbados-registered cargo boat, CV1, aboard which the marijuana was stashed in false compartments.

The CANU Head said the vessel was about to leave Guyana when anti-drug agents swooped down and found the drugs stashed in false compartments.

Mr Singh said the bust was part of an ongoing investigation involving other partners in the fight against narco-trafficking. “This success is a demonstration of the trust and close cooperation between CANU and other external agencies,” he said.