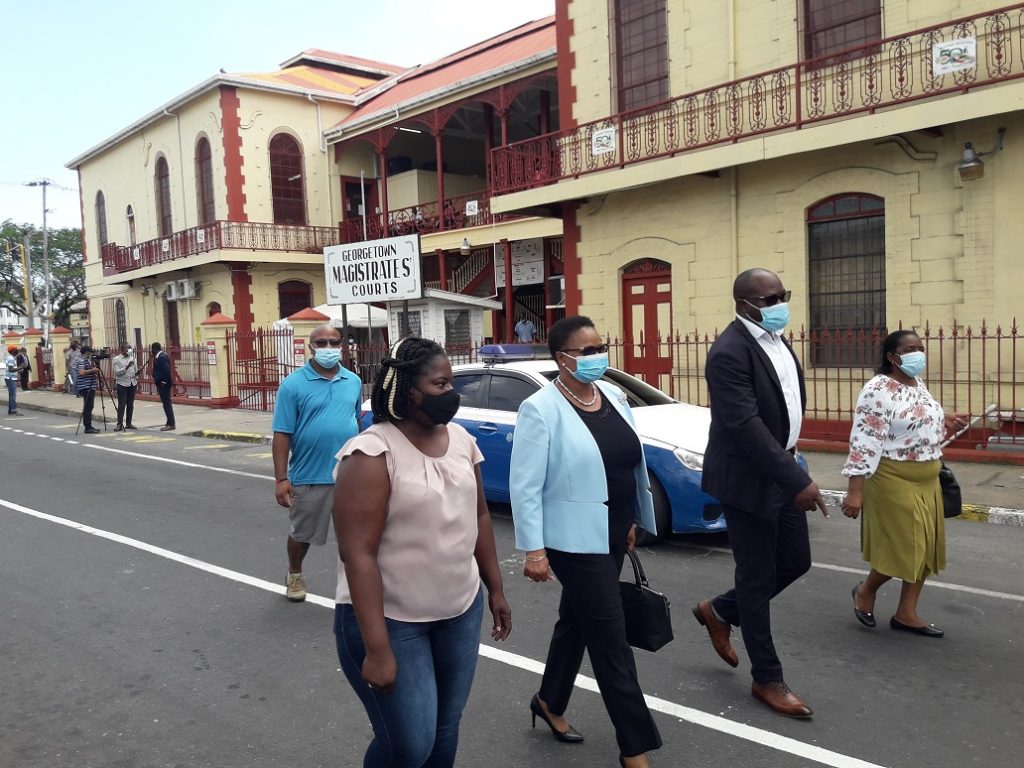 In the wake of an eruption of racially motivated physical violence during protests against the killing and mutilation of two youths in the backlands of West Coast Berbice, President Irfaan Ali  on Friday said government has begun taking steps to crack down on hate speech Online.

“The use of social media for the promotion of racial hate for political purpose is wholly unacceptable to me as your President and as a person, and my government will not tolerate it.

I have spoken with my Attorney General and I have directed him to ensure that the full force of our laws is employed and is applied to those who pursue this criminal behaviour,”  Dr. Ali said.

The President said the fundamental right to freedom of expression guaranteed in Guyana’s constitution does not relate to or extend to hate speeches or other expressions, in whatever form, capable of exciting hostility or ill-will against any person or class of persons.

He warned that such conduct, publications and utterances constitute grievous criminal offences under the Racial Hostilities, Cybercrime and other similar penal legislation “and the State will not hesitate to resort to these provisions in our laws in appropriate circumstances.”

The President indicated that government would be enforcing the Racial Hostility Act and the Cybercrime Act to gii after those who are spewing race hate.  Dr. Ali appears to be making good on his promise weeks before the Guyana Elections Commission (GECOM) had declared him the winner of the March 2, 2020 general and regional elections. 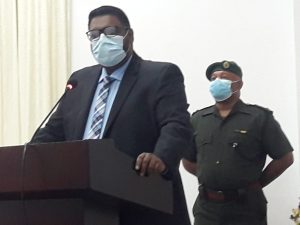 Dr. Ali sought to assure Guyanese that his decision to go after peddlers of hate speech regardless of their political affiliation or ethnic origin “and I shall do that without reservation.”  “It deeply grieves me, therefore, when I see almost every day on social media, the degree of race baiting, racial hate and racial hostility which pervades the social media platforms. I want you to know that it is my determination to do everything within my power and to use all the laws at my disposal, to put an end to this behaviour, which can only result in dividing our country and our people,” he said.

The Ethnic Relations Commission (ERC) recently acknowledged that numerous complaints are based on utterances on Social Media by people overseas and others using fake profiles.

The President recently indicated that he would ask the ERC to probe whether alleged utterances by Opposition Leader Joseph Harmon contributed to three days of tensions mainly on the West Coast Berbice after the bodies of Afro-Guyanese cousins Isaiah and Joel Henry were found on a coconut plantation at Cotton Tree, West Coast Berbice.

Mr. Harmon and People’s National Congress Reform Leader Chairman, Volda Lawrence have called for peaceful protests and have said the unrest was not about fighting between Guyanese of Indian and African descent. Ms. Lawrence welcomed the decision by residents of West Coast Berbice and Upper East Coast Demerara who heeded her call to end  the disturbances.  “I am pleased that you have answered my call for peace and calm during this time. We have carried the burden of racism in our country for far too long, it is time that we rid ourselves of this weight and move our country forward,” she said.

The PNCR Chairman  at the same time vowed to stick with aggrieved people in their protest for justice, including a thorough investigation to bring the perpetrators to justice.  She urged Guyanese to conduct a self-check before they could bridge the existing divide in Guyana which is driven by racism but cannot be solved with more racism.

“We must protest in a peaceful and civil manner, doing so with respect for human life, dignity, and property. Our protest must be solution oriented and not driven by chaos, violence, and destruction. For those that have utilized violence or caused destruction, please refrain from such acts as we seek justice for those who were taken from us,” the long-serving PNCR executive member said.

2020-09-11
Denis Chabrol
Previous: High Court orders forfeiture of Euros 24,000 in paint to the State
Next: US Secretary of State likely to visit Guyana next week